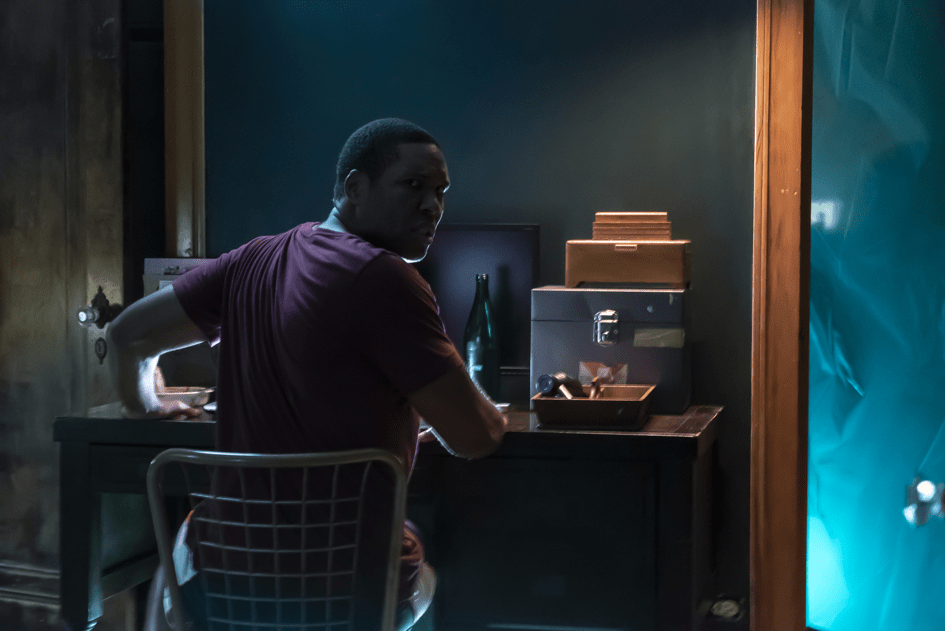 Chicago-based director Jennifer Reeder is back with Night’s End, her next horror offering that will stream on Shudder this coming March 31st.

We also have an exclusive first-look at the film that marks the filmmaker’s newest foray into horror following the popular indie Knives and Skin, and the wrap for Shudder smash hit, V/H/S/94, produced by Bloody Disgusting.

In Night’s End, an anxious shut-in unwittingly moves into a haunted apartment and hires a mysterious stranger to perform an exorcism that takes a horrific turn.

The film was written by Brett Nevue and produced by Neal Edelstein (The Ring), Nevue and David E. Tolchinsky

‘Hell Is Empty’ Brings Upon the End of a Cult [Trailer]