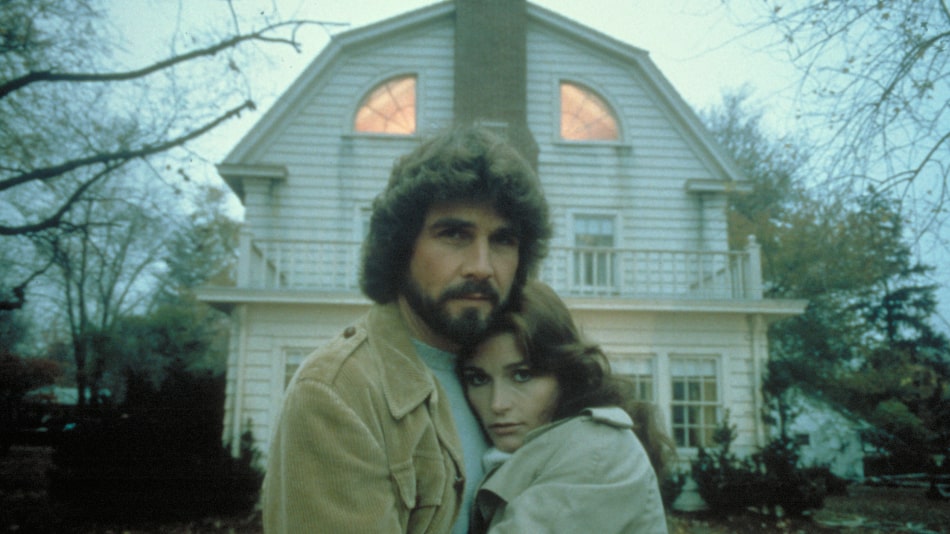 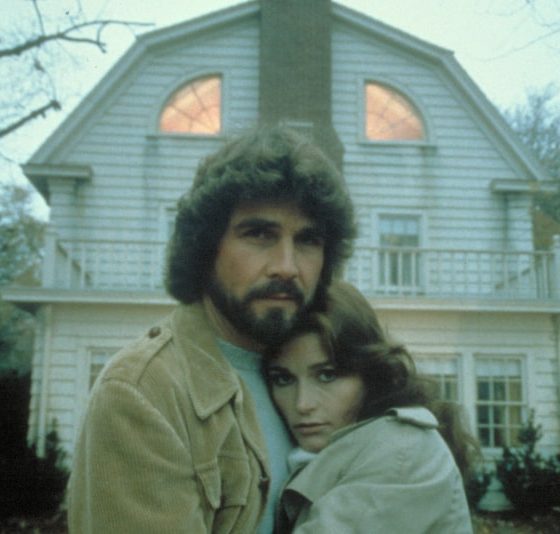 In Amityville, New York, at 112 Ocean Ave, is located one of the world most infamous haunted house. With a long history of murders and abuses within its walls, we retrace the facts to try to discover the truth.

Known by many nicknames and protagonist of many films, documentaries, investigations and cinematic reinterpretations, the house at 112 Ocean Ave in Amityville (NY) is the most famous haunted house in popular folklore.

It all began with a multiple homicide. In a killing spree, Ronald DeFeo murdered his entire family, an event steeped in innocents blood which will create an aura of mystery and evil around the house.

On the night of November 14, 1974, in Amityville, 23-year-old Ronald DeFeo Jr. massacred all the members of his family with a rifle: mother, father, two sisters and two brothers. 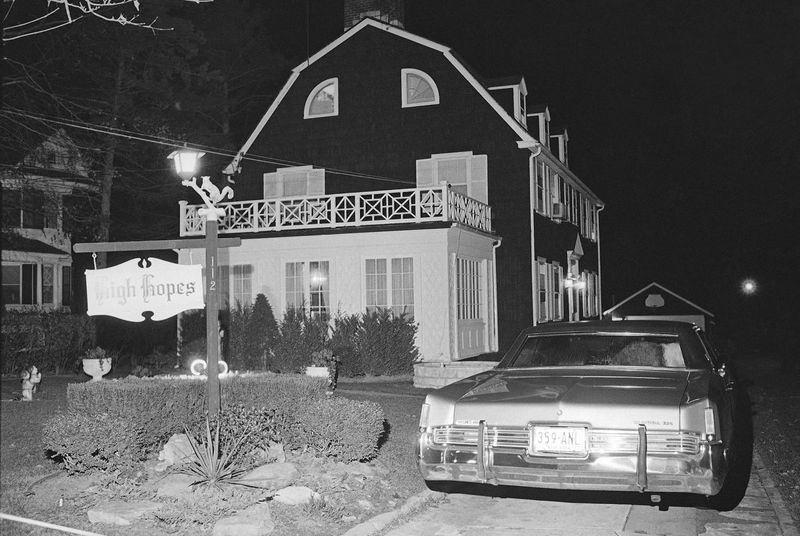 The infamous house where the terrible act took place.

The act took place inside the family residence where police investigators were led to gruesome conclusions: Ronald had drugged his family and then killed them during the night. Each victim was found face down on their bed with their arms crossed and their back injured. The only exception was the mother, who was shot in the head.

DeFeo explained to the investigators that, demonic voices pushed him to kill his entire family. The psychiatric studies to which DeFeo was subjected evaluated him as able to understand and, therefore, he was tried in a normal court and sentenced to 150 years in prison.

After the DeFeos, the Lutz’s family moved in the residence. They soon started witnessing inexplicable phenomena that occurred inside the house: unknown unpleasant odors, strange noises and stains that appeared and disappeared mysteriously on the walls.

In addition, George, the father of the family, began to experience very strange symptoms. The man began to spend hours in front of the fireplace, due to a constant feeling of coldness, along with a sudden lack of interest for his physical appearance. The latter would make him look incredibly similar to Ronald De Feo.

Meanwhile, the youngest daughter, Missy, claimed that a girl named Jody lived in the house. Katy, George’s wife, began to have visions of the previous murders, while her husband began to wake up every night at 3:15 am, which was the time of the previous murders. The Lutzes where approaching, just like the DeFeos before them, the brink of insanity.

All these scary details led the Lutzes to abandon their house after just 28 days.

The press soon became interested in the story and tried to demolish the Lutz’s testimonies. Meanwhile, many curious and investigators of the paranormal (including the Warren)  visited the house.

Among the many photographs taken, there is one that makes blood run cold. 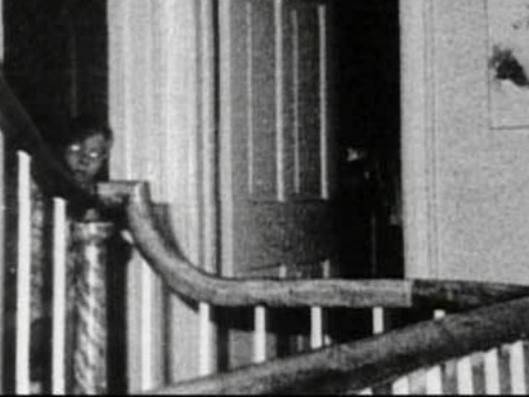 A presence looms around in this real picture. 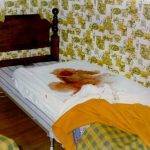 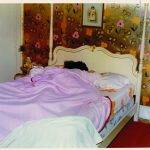 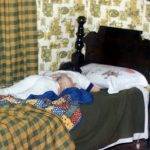 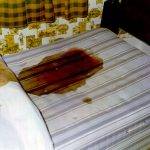 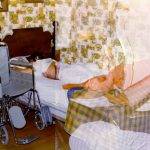 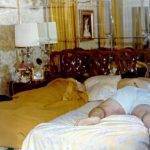 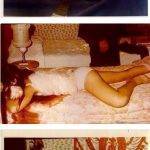 Things They Don’t Tell You

1 – First of all, let’s start from the beginning. After DeFeo had killed his whole family, he went to a bar where he asked for help, claiming that someone had killed his loved ones. His story spread and the police, once they arrived at the scene, pressured DeFeo, who later confessed, revealing himself as the executioner. During the trial, DeFeo tried to pretend he was mentally hill, in a desperate attempt to get a lower sentence . Hence the story of the voices inside his head that forced him to kill. According to some investigations, one of the probable reasons that led him to commit such despicable acts, was that Ronald aimed at cashing the family life insurance check.

2 – DeFeo changed his version several times. He immediately pleaded not guilty, trying to use the strategy of insanity. Later, in 1986, DeFeo reported to the press that his sister Dawn killed his father and that his mother was the one who killed his other siblings. Because of this DeFeo would later kill his mother, taking the blame for the killings.

3 – The Lutz family was looking for an easy stream of income. The Lutzes occupied the house despite knowing of the terrible events that took place inside. They knew the details of what had happened. Immediately they began noticing connections and similarities with the DeFeos. George Lutz started waking up at 3:15 in the morning. The family claimed to witness strange phenomena and paranormal visions. After 28 days, the family ran away from the house, claiming that, hadn’t they done that, something terrible would have happened. Shortly thereafter, the Lutzes contacted DeFeo’s lawyer, William Weber, who was already considering commercial proposals for writing a book on the incident, and proposed to help him raise the expectations of the book by also adding their story. The Lutzes met with Weber and started talking about what would have been the best approach to make the book truly macabre. The only important thing was ‘make money’.

4 – Weber never believed in the Lutzes’s stories. For him the Lutzes were securing their economic future.

5 – The Lutzes went to author Jay Anson. The Lutzes disagreed in wanting to give a portion of the book’s profit to the DeFeos so they met with author Jay Anson with whom they agreed on a book and partial rights to the story for a film. The book sold 6 million copies and the film became a huge box office success. Due to the lack of validity of the contract the Lutz family only received $ 300,000.

6 – In the meantime, Weber continued to work on his book, with the help of ghost hunter and occult author Hans Holzer. In 1977, after investigations by Holzer and a medium inside the house, they discovered that the spirit of a malevolent Indian chief lived in the residence. It was later discovered that the house had been built over the ancient ruins of a sacred Indian cemetery. Holzer believed that Ronnie DeFeo was possessed by the Indian chief’s angry spirit that forced him to commit the murders.

7 – The New Jersey Montaukett Tribe are skeptical of this hypothesis, claiming that there is no evidence that a sacred cemetery ever existed in Amityville. Even if such place had existed, they never believed it would have caused such terrible consequences.

8 – According to Joe Nickell, a skeptic who disputes many paranormal cases, there is not enough evidence to affirmatively conclude that the house is haunted. He thinks that people exploited a tragedy to make easy money, fueling the story with fake events.

9 – The infamous “Amityville” house was occupied before, after the tragic events, and after the Lutzes had left the house. Nobody else had ever complained of witnessing paranormal phenomena. After the Lutzes left, the house was taken over by James and Barbara Cromarty who bought it in 1977 and lived there until 1987 without noticing any kind of paranormal accident. Another family, the Cromartys changed the house address to discourage visitors and onlookers. After the Cromartys, the house changed inhabitants many times. After the Lutzes nobody noticed anything otherworldly happening inside its walls. Recently it was put up for sale in 2016 for $ 605,000.

What I think Of It

The Lutzes have been running away from the evil entities of this mansion for more than 50 years. After them, the numerous families that lived in the house, never reported anything paranormal ever happening.  If you dig deep and consider the facts, you can easily understand that based on the evidence of this article, it’s very unlikely that any of the paranormal events ever took place. I think that a terrible tragedy took place when Ronald DeFeo murdered all of his family, but blood-thirst individuals, wanting to make easy money, saw the perfect occasion, using a real murder to create a never ending saga of stories of the haunted home. If Ronald’s motive was to cash the life-insurance check of his family, The Lutzes family only saw an opportunity to buy the house and transform it into a gold mine- telling paranormal stories of it in books and films.  What do you guys think of it?

Look At The Real Home 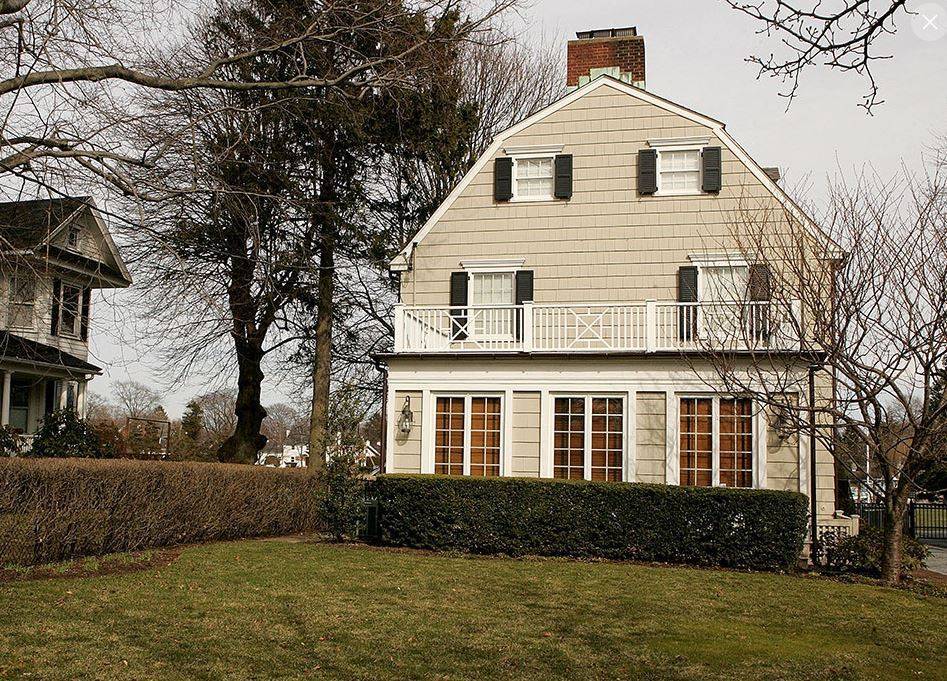 The Enduring Mystery of the Setagaya Family Massacre

Annabelle The Doll, The Real Story