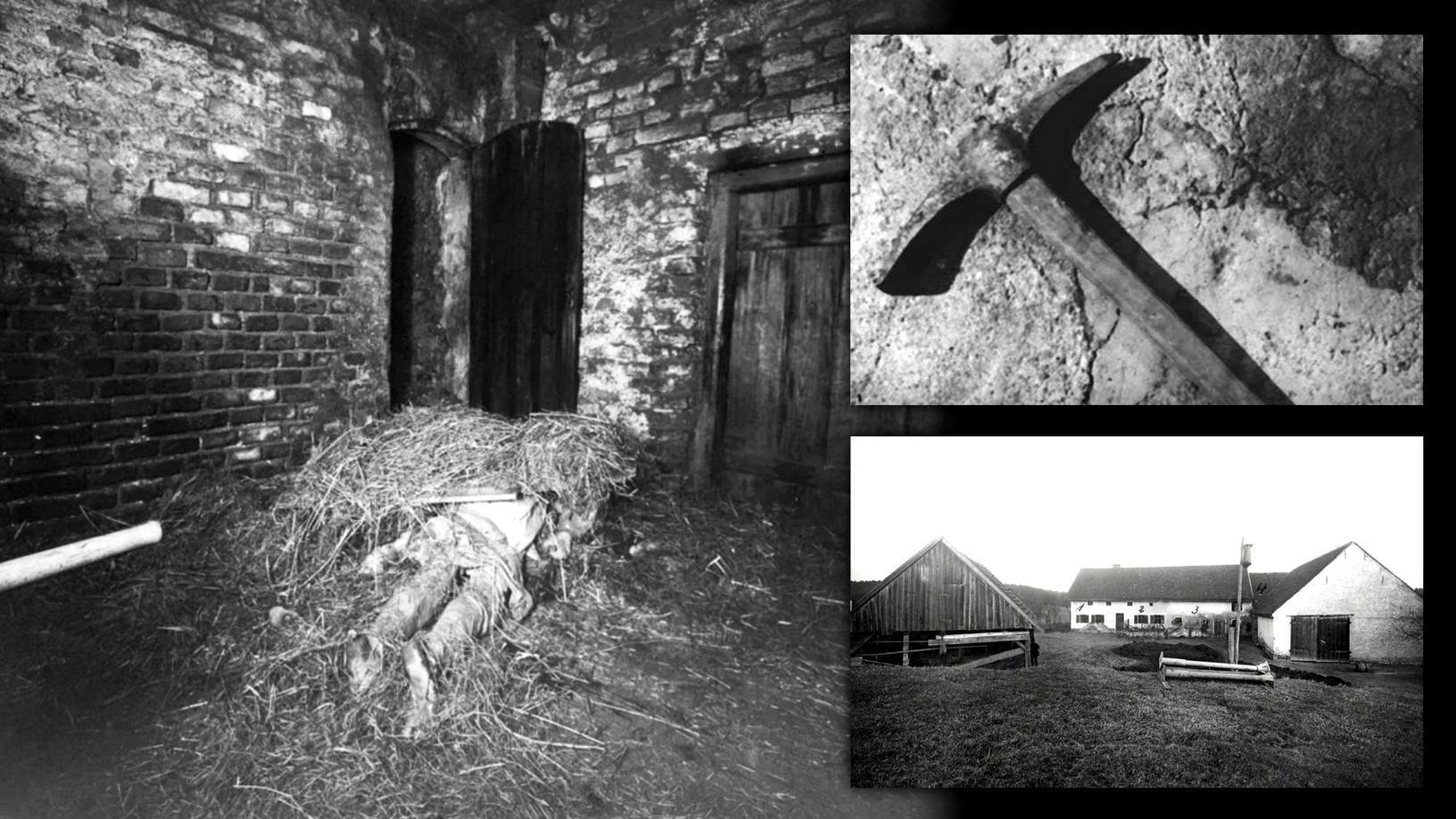 What on the surface seemed like a real idyll, a united and wonderful family who lived in beautiful place, actually hid terrible secrets. Andreas was a violent and authoritarian man. In his house his word was law, and he didn’t hesitate to be respected by using the hard way, which too often fell upon the poor wife.

It was rumored that the man was attracted to his daughter Viktoria and that he had sexually abused her several times. Furthermore, it was rumored that little Joseph, the youngest child of the girl, was conceived following one of the numerous rapes carried out by Andreas. What is certain is that the man did everything, in the years following the death of Victoria’s husband, to prevent her from getting married again.

One night the family servant, following some strange events, decided to resign. The woman was outside her room, in the courtyard, when she began hearing strange voices murmuring in the darkness. The servant, curious, decided to look for the source of this noise. The voices seemed to come from the attic, and as she approached she could hear them more and more clearly until she began to hear the eerie, dark, hollow voices that spoke her name in a sort of chant.

We cannot know if what she saw was reality or just a hallucination caused by the stress accumulated due to the hostile and violent environment in which she worked. What we know for sure is that the woman, from that night on, could no longer handle the situation. She decided to leave.

One evening Andreas discovered a series of footprints in the fresh snow that led from the barn to the center of the property. They came from the nearby woods and seemed to disappear into thin air. The same night the man was awakened by some chilling noises coming from the house veranda. The same thing that the waitress, who quit some time ago, had told him in terror. But despite thorough inspections of the entire property, nothing was found out of place.

The disturbing situation went on for some time, until May 31, 1922. That day the nightmares of the Grubers, a family torn apart by the violence of a master father and by those strange phenomena, ended with the brutal death of all his components.

The inhabitants of the neighboring village, not seeing any family members for days, became suspicious, and decided to send the authorities to the place. On the surface, everything seemed quiet on the farm, but the first hint of one of the most brutal and mysterious crimes ever committed in history was hiding in the barn. 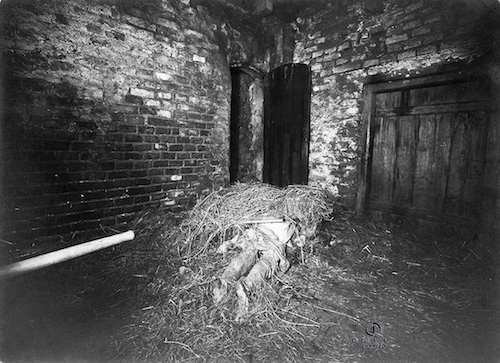 On the ground, covered in hay, was Andreas’s body. Inside the house, the bodies of his wife, Victoria and daughter Cäzilia lay, covered with some clothes, in a pool of blood. The newly hired servant was inside his room. Her body had been brutally tortured and there were obvious signs of torture.

Victoria’s youngest son, Joseph, only two years old, was found inside her cradle, lifeless and with numerous wounds scattered over his small body. A real massacre had taken place on that farm. Blood smeared the walls and floors of the house.

Police investigations revealed that all family members had died as a result of violent picks on the head. 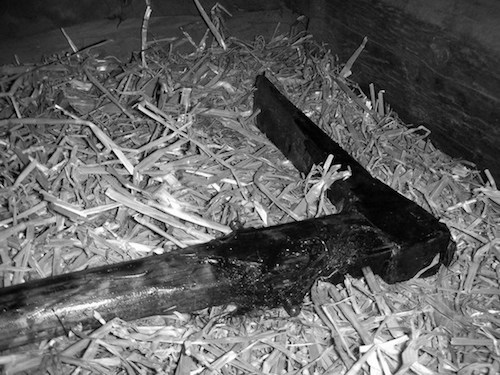 Also, for some reason, a lock of hair had been removed from all the bodies. It was established that the deaths had occurred on May Friday 31  but, strangely, the neighbors stated with certainty that they had seen smoke coming out of the chimney of the house until Sunday evening. The police also found numerous semi-eaten meals around the house.

The food was still very fresh, probably prepared the previous evening. Theft was initially thought of as a motive, but this theory was discarded soon after all the Gruber’s money was found safe in the house.

Some hypothesized a crime of passion, but the evidence to support this thesis is scarce.

To date, 100 years after those horrible events, still no one knows for sure what happened that day on the Gruber farm.

Who was able to carry out such a brutal massacre, killing 6 people with a pickaxe, and to have the cold blood to stay another two days inside the house, preparing meals and using the fireplace?

The strange events that psychologically tortured the Grubers, the footprints in the snow, the strange noises were made by the killer himself or something darker was hiding behind this disturbing story.

The 3 Most Mysterious Disappearances in National Parks