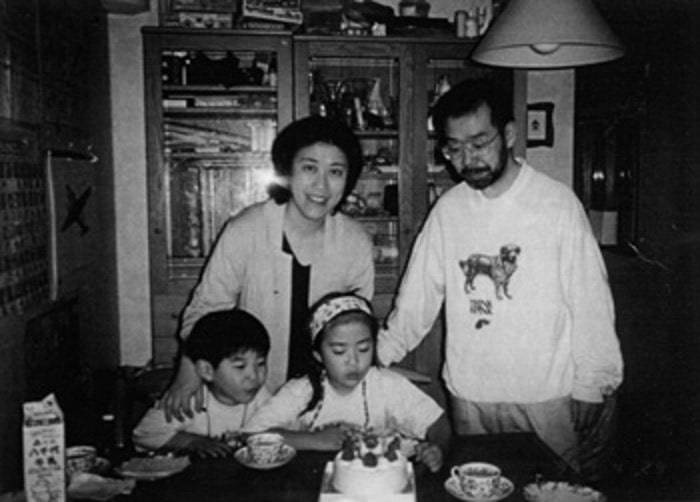 The Miyazawa’s were a typical middle class family living in the Setagaya ward of Tokyo, Japan. Mikio Miyazawa, his wife Yasuko, and their children Niina and Rei, lived right next door in a duplex-style home to Yasuko’s family and had a quiet, peaceful life. The Miyazawa’s would be considered your average Japanese family at the time, with Mikio working at a corporate firm and Yasuko being a teacher who spent a lot of time at home with her children. Both were regarded as well-liked in their community, and not the type of people to make any enemies.

Where their home was located is of note, because they were almost right next door to a neighborhood park. The city had planned to expand the park, leading most of the Miyazawa’s neighbors to move out. What was once a bustling area of over 200 families was down to only four, including the Miyazawas and Yasuko’s family. The area was quite desolate as you can imagine, but the skate park attached to the park seemed to attract rambunctious teenagers and motorcycle gangs. In fact, the Miyazawas were apparently planning a move of their own to a different house in the area so they would only need to put up with the skate park hooligans for a few more months. 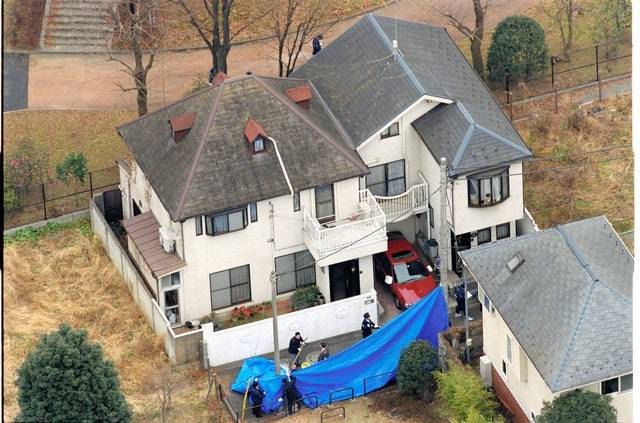 The Miyazawa family’s house with a view of the park located directly behind.

At the end of December 2000, the family were celebrating the traditional Japanese holiday of Omisoka to ring in a prosperous new year. In fact, this year was particularly special because the Japanese rang in the new century in the year 2001, unlike western countries who did so the year prior. According to police information, the family went shopping near Chitose Karasuyama Station in the early morning on December 30 and spent their night relaxing, eating dinner and watching television together. Their home was filled with spirited cheer as they settled down for the night and prepared for the new opportunities that a new century brought them.

The next morning, Yasuko’s mother called her daughter to make plans for that afternoon, but she was surprised to find that her call wouldn’t even go through, let alone ring. She went next door and tried the doorbell, but no one answered, so she decided to use her own set of keys to let herself in. Yasuko’s mother almost certainly knew that something was wrong when she walked in to complete silence, but she soon discovered the horrific fate of her family.

It is believed that the killer cut the phone lines and entered a second story bathroom window by climbing a tree and removing the window screen. From there he entered Rei’s bedroom and strangled the boy with his bare hands. Hearing the commotion, Mikio rushed up the first story stairs, where he managed to injure the perpetrator before being stabbed in the face and neck. Yasuko and Niina at the time were in the third-story loft bedroom, which was only accessible by a ladder, and it is believed that they may have pulled the ladder up in order to keep themselves safe. It isn’t clear what happened, but their bodies were found at the bottom of that ladder on the second floor.

The killer used a sashimi knife, a long, thin blade used to cut raw fish, which seemed to have broken in the struggle with Mikio, so the killer decided to use one of the family’s kitchen knives to finish the job on Yasuko and Niina. Police noted that the two female victims were attacked well past the point of death, leading them to believe that the killer had a serious issue with women.

Perhaps the most disturbing part of this story, if it could get more disturbing, is that police discovered that the killer remained in the home anywhere from 2-10 hours after the murders. Not only did he make himself at home, drinking barley tea and eating ice cream cups found in the fridge, but he also used the bathroom, leaving his feces unflushed in the toilet, and even patched up his own wounds using the family’s first aid kit. Additionally, many footprints were found that matched a type of shoe only manufactured and sold in Korea. He also left behind a whole series of items- clothing, a hat, a hip bag, gloves, and two handkerchiefs. It was almost as if the killer had left these behind on purpose, or perhaps was too confident in his ability to get away with the crime to care. 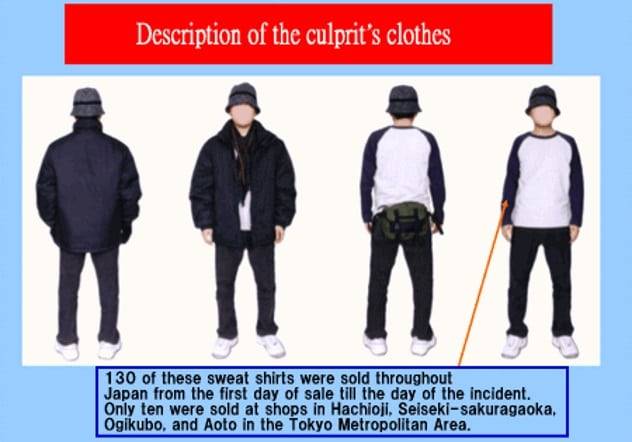 Police depiction of the suspect’s appearance the night of the crime.

Police were surprised to have been left ample evidence to aid them in their investigation. They were able to extract the killer’s fingerprints and DNA from the scene, discovering that he had a blood-type of A and was of Southern European and Eastern Asian descent. Unfortunately, that would be as far as they would get. It didn’t match anything in their records, and despite multiple witnesses reporting seeing someone walking around the Miyazawa family’s home the night of the crime, no one would come forward with information to point police in any particular direction. This is especially frustrating because Japan maintains a 95% homicide clearance rate, among the highest in the world, so what has prevented them from solving this case?

Based on properties of the killer’s blood, and the shoe prints found, it is widely believed that the killer could be Korean or from South Korea, and perhaps not being local to the area made it easier for the killer to slip in and out undetected. Additionally, an interesting piece of evidence was found inside the killer’s hip bag- sand. This sand was tested and discovered to have come from the Nevada Desert in the US; just outside of Edwards Air Force Base in Southern California, to be precise. This was a startling discovery, potentially linking the killer to a foreign military base thousands of miles away. Did this mean the killer was perhaps stationed at a Tokyo military base, or maybe he traveled for work? However, this could also be a misdirection, a bag obtained second-hand somehow that the killer left to purposely throw off the investigation. Either way, none of the evidence left has led to any suspects in the case.

In early April of 2001, nearly a hundred days after the family was killed, police found a small Buddhist statue in a creek less than a mile from the home. It featured an image of O-Jizo-sama, a guardian of dead children. It is believed that Jizo protects children in the afterlife, keeping them safe from demons as they ascend to the spirit world. Police originally brought this in as evidence, perhaps of the killer feeling remorse for his actions, but it has never been determined if it has any connection to the crime. Still others believe that it was perhaps a local who placed it there in remembrance of what happened that night. Regardless of who placed the statue, it’s clear that the tragedy that befell the Miyazawa family still haunts this community two decades on.