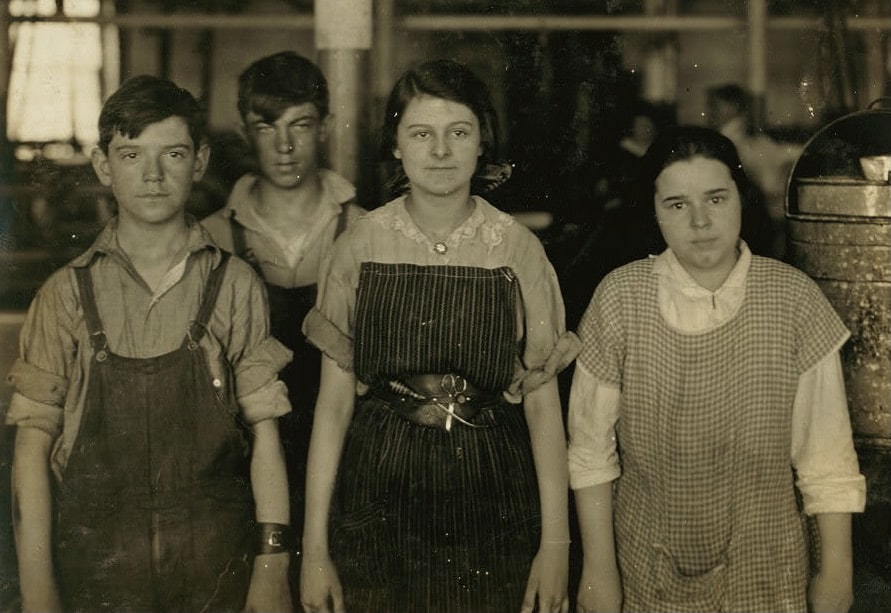 St. Patrick’s Day has a Massacre?

St. Patrick has a massacre named after him just like St. Valentine does. Most don’t realize a slaughter took place on this holiday, even though more victims died and more shooters involved. Some police officers even described the scene as an absolute “slaughterhouse” based on the ferocity of the attack. The perpetrators wanted to ensure their targets had met their ends while the extreme violence acted as the message. The St. Patrick’s Day Massacre, similar to its St. Valentine’s Day counterpart, took place in Chicago and left no survivors. One must understand a few things before diving into the massacre itself. 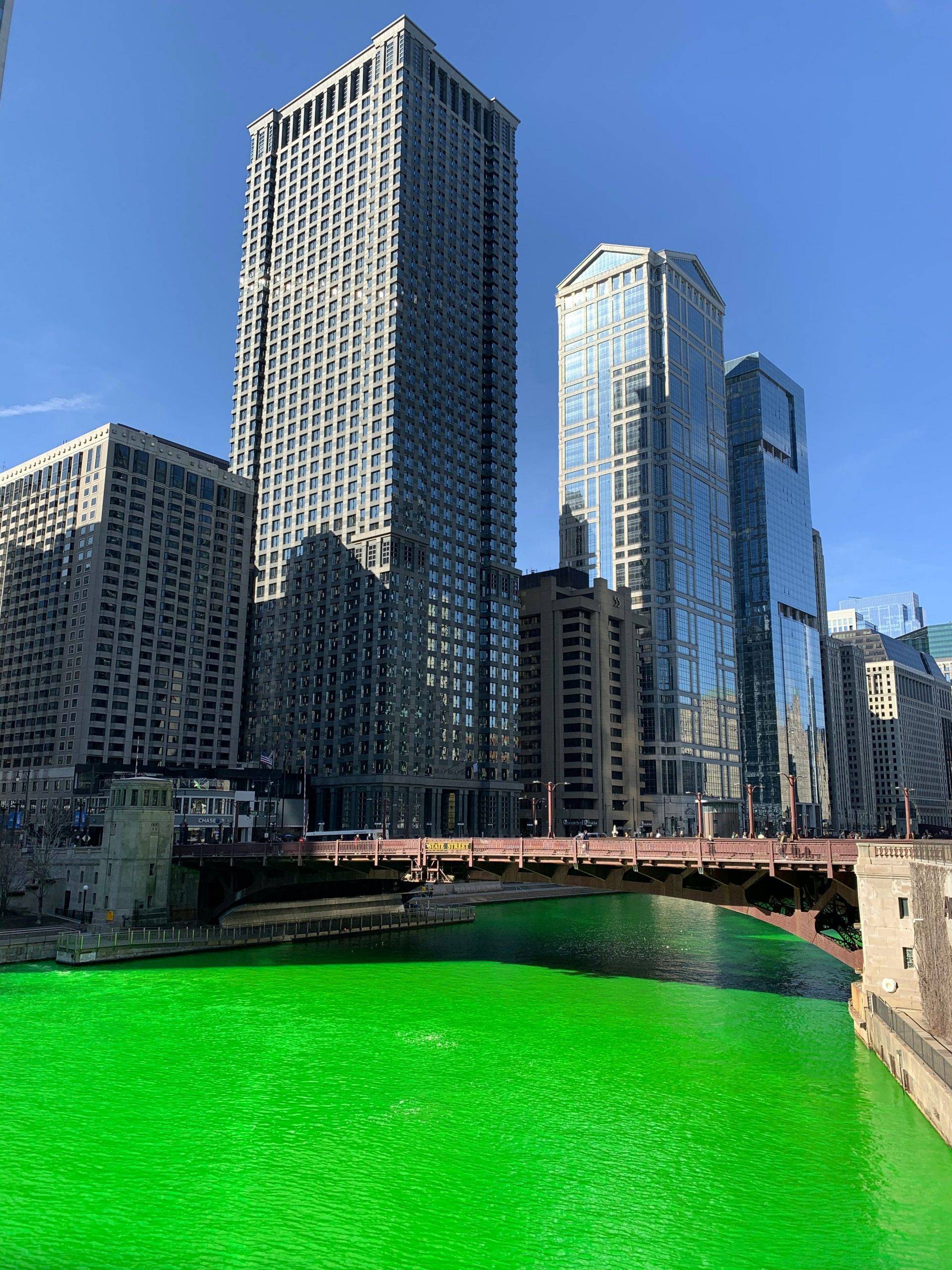 Firstly, Chicago always held a special place in the economic/trading history of the country. The city was on the Great Lakes, not too far from the Mississippi River, and travelers used it as a rest stop on their way westward. Secondly, unemployment and poverty ran rampant in large urban areas, despite economic success as a whole. Many people couldn’t find work due to lacks in education, opportunity, and high wages. Thirdly, immigrants flooded into America during the late 1800s and the early half of the 1900s. These people needed to make money to sustain themselves and their families. They faced many disadvantages compared to American-born workers rushing into cities looking for work as well. Fourthly, the city’s population (which piggybacks off of the second and third points) provided enough manpower to fill the ranks of the Pègre.

Le Pègre (literally the underworld) comprised of individuals with French ancestry and developed as the French counterpart to the Italian Mafia. They learned from other organized crime groups and jumped into the smuggling game during Prohibition as well as other activity. They didn’t shy away from bribing police and public officials, killing competitors, and making money. Two men emerged as leaders among the many who called themselves French gangsters. Alphonse “Scarface” Lambert and Jean Arnaud ruled the Pègre of Chicago and its surrounding areas.

Jean Arnaud carried himself as a professional. He ran his organization like a business and did his utmost to make it appear legitimate. This included money laundering, embezzlement, and other types of fraud, but it worked as long as it kept authorities away. Many believed that Arnaud would outmaneuver his rival, Lambert, in their gang war due to how Arnaud operated. He lacked one major advantage, however, and that was the overall support of the people.

Scarface Lambert showed off his wealth. His ostentatiousness drew all eyes to him. He wanted people to know that he retained the authority of his outfit. The public loved him due to his “Robin Hood”-like persona. His donations went to charities all over Chicago and he made sure that everyone knew when he donated money. Lambert knew the benefits and security of good public relations. He took his French heritage extremely seriously. This helped him maintain good graces the primarily French communities he “served.” His henchman and those who worked for him all had French blood in them. Arnaud, on the other hand, didn’t not adhere as strictly to the rules of nationality.

An Italian-American man named Joey “Snaps” Bernini held the position of one of Arnaud’s Cardinals (advisor). Some viewed this as an affront to the French way, especially when people found out Snaps was dating Ruth Silverberg. Silverberg was Jewish and anti-Semitic beliefs held firm.

Lambert and Arnaud differed when it came to violence. Arnaud wanted things taken care of discreetly whereas Lambert splattered brains on walls, as his rival would bloodily find out.

St. Patrick’s Day with a Side of Mass Murder

March 16, 1927 came like any other day for Jean Arnaud: business in the morning, pleasure in the evening. His sister-in-law invited guests over to celebrate St. Patrick’s Day and possibly Snaps’ and Ruth’s engagement. The guest list included Arnaud, his wife, his brothers Luc and Guillaume, their wives, Snaps, and Ruth. Everyone met at the apartment at about 4:30 in the afternoon and started enjoying themselves. They had no idea that lookouts working for Lambert had taken up positions on the rooftop across the street.

Lambert wanted to eliminate Arnaud and his gang’s leadership. The party provided the perfect opportunity. Every Pègre business venture, licit and illicit, would hopefully come under Lambert’s control. He had to guarantee Arnaud would die.

The lookouts, who also had sniper rifles, alerted the rest of their fellow henchmen to get ready just before 5:00 pm. Three gangsters took their places outside of the apartment in the hallway, their machine guns at the ready. Two men, also with machine guns, waited outside of the window on the fire escape. The snipers had the responsibility of picking off any partygoers attempting to save themselves. The blood bath would begin in a matter of moments.

The gunmen in the hallway intentionally set off the apartment building’s fire alarm. This was a way to cause panic and to let their comrades outside know the slaughter had started. The men violently kicked in the front door and began blasting their victims. Both gangsters entered through the window from outside and did the same. None of the nine victims stood a chance against five machine gunners and three snipers.

The attackers showed nothing short of viciousness, peppering every person to the point that they looked like Swiss cheese. Each victim had anywhere between 20–70 bullets in them. The attack lasted approximately ten minutes and ended when Lambert’s men shot each body in the head for good measure. All of the perpetrators made their escape as a fire had suspiciously stated in the apartment above the massacre site. Many people believed that the individual who lived in that apartment showed loyalty to Lambert but no charges were filed.

Scarface Lambert expected the Arnaud faction to crumble under him and assimilate into his organization. This didn’t happen. One of Arnaud’s cardinals, Sylvestre Maupin, wouldn’t let the event go unpunished. Arnaud’s faction continued to operate as it had before the massacre only with more of a professional vengeance. Maupin took over the Arnaud Crime Famille and turned over all of the evidence he had against Lambert’s organization. The public outcry against the massacre also helped Maupin’s and the group’s image. Lambert’s men killed women and individuals not associated with the criminal underworld. This sent shockwaves throughout Chicago communities. Most people tolerated gangs killing each other, but not civilians. Law enforcement, unfortunately, had great difficulty linking specific individuals, in particular mob bosses, to specific crimes.

These types of people had money and public trust and could wriggle their way out of accountability through judicial loopholes. The government couldn’t slap them with violent criminal charges without concrete evidence. This led to Congress passing legislation in the late 1920s and early 1930s allowing and encouraging agencies to go after gangster financials. Famous individuals, such as Al Capone, found their demise at the hands of their own greed. Lambert met a similar fate in 1931 when the government convicted him for tax evasion. Many organized crime units attempted to adapt to and/or avoid these new rules that came about. 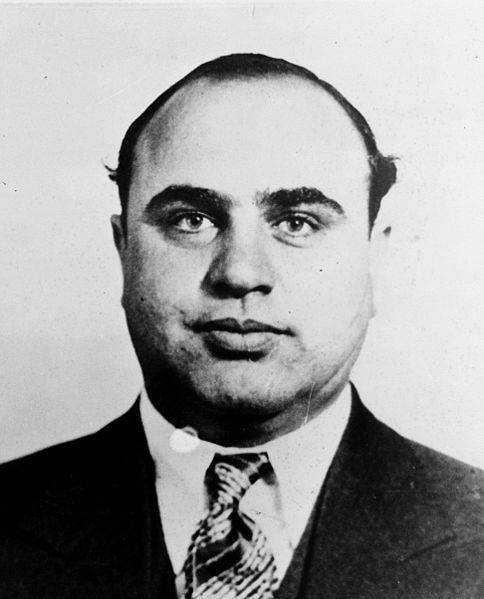 Lambert was convicted for the same things as Al Capone: tax evasion. Many gangsters got nabbed on fraud charges instead of violent crime. (source: Wikimedia Commons – https://commons.wikimedia.org/wiki/File:AlCaponemugshotCPD-2.jpg)

St. Patrick’s Day 1927 forced French-American organized crime to analyze themselves and their activities. The Pègre as a whole learned a lesson from the massacre: discretion is key. They didn’t want the attention of the authorities so they could keep making their money. French-American crime lords quickly learned that although Lambert achieved his goal of eliminating his rival, he alerted government eyes. Lambert’s ruthless actions forced the Pègre to take the more professional, legitimate road of the rival he executed.

10 Of The Scariest Pictures Ever Taken

The Nightstalker – Cruelty for All