On February 2013, a Canadian student named Elisa Lam is found lifeless, under mysterious circumstances, inside the water tank of the Cecil Hotel in Los Angeles.

To the present day no living souls really know what happened to Elisa. The 21-years-old was last seen alive in the Cecil Hotel on January 31, 2013. After her death and recovery the number of questions only skyrocketed due to the infamous security camera footage of the Cecil Hotel.  The chilling security footage shows Elisa Lam inside the hotel’s elevator acting weird and scary, almost as if the young student was under the influence of drugs, or worse – possessed.

Ever since her body was found inside the water tank her tragic demise has remained shrouded in mystery.

Even if the coroner’s office ruled “accidental drowning” as the cause of death, due to the nature of the case, hundreds are the speculations that some kind of paranormal phenomena is to blame.

Apart from murder conspiracies and evil spirits, where the truth really lies in the death of Elisa Lam!?

The Disappearance of Elisa Lam

Elisa Lam arrives in LA on Jan. 26, 2013. She was headed to Santa Cruz to take a break from her studies at the University of British Columbia in Vancouver.

Given the girl’s young age, her parents required from Elisa a check-in call every day. When on Jan. 31 they didn’t hear from her, they decided to contact the police. The Los Angeles Police searched the premises of the Cecil Hotel, where Elisa should have been, but they didn’t find trace of the young student.

The police checked the recording of Cecil’s security cameras and what they found shocked Elisa’s parents at the core along with baffling the whole world. 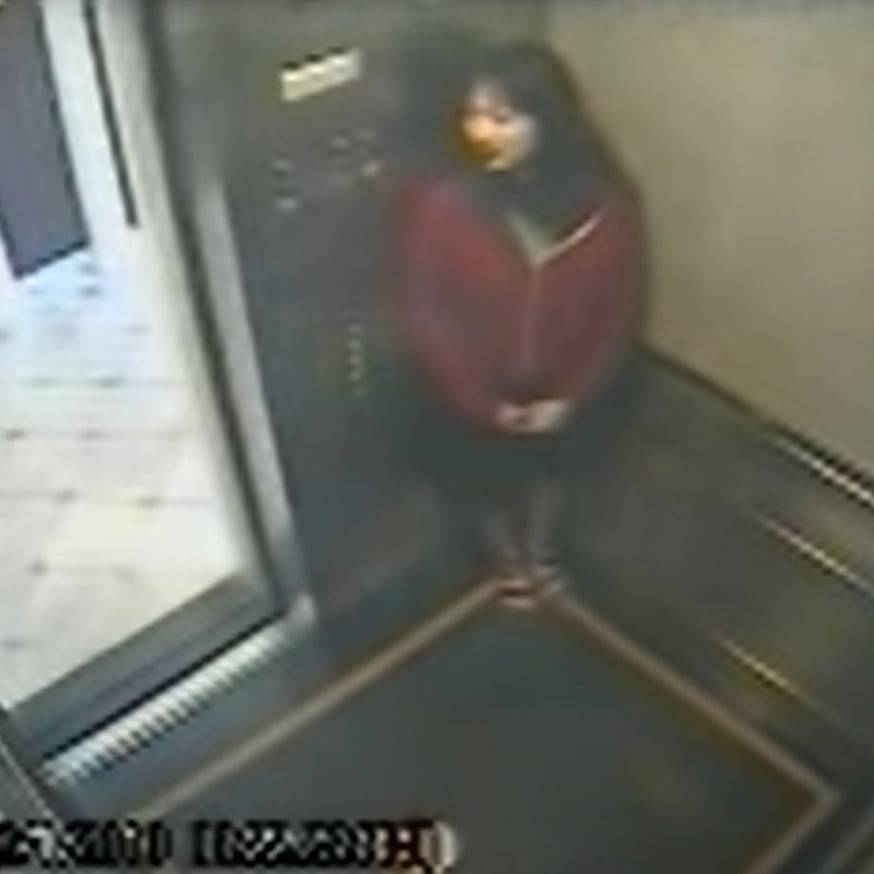 The security-footage that baffled the world.

In the footage we can see her acting strangely inside one of the hotel’s elevator. In the pixelated video, Lam can be seen entering the elevator and pressing all the buttons. She goes back and forth in and outside the elevator before poking her head out sideways towards the hotel’s hallway. She then looks outside a couple of more times and leaves. At last, Elisa is captures standing on the outside of the elevator while doing weird motions and gesture with her hands.

The four minutes video goes viral online scoring millions of views in only a few years, making it one of the most infamous disappearance’s case in history.

The Discovery of The Body

On Feb. 19, an hotel employee, Santiago Lopez discovers Elisa Lam’s body inside one of the hotel’s water tanks. Lopez’s discovery was accidental and pursued only after complaints from guests about the weird taste of the water. Investigations were carried out by the staff and the Los Angeles Fire Department had to manually drain the water tanks in order to being able to extract Elisa’s corpse. 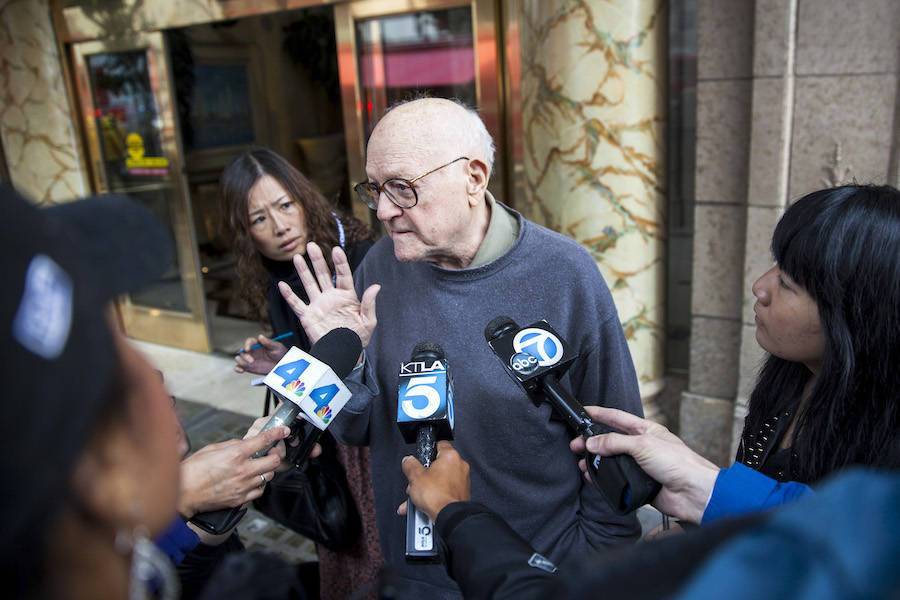 Bernard Diaz, an old time resident speaks to the press after the body was found.

Nobody to this date knows exactly how a five-foot-four young women ended up inside the closed water tank of the hotel. The day of the recovery she was wearing the same clothes she had in the security footage before disappearing. Hotel staff told the police that Lam was always seen by herself during her stay at the hotel.

Only one person seems to have seen Elisa before her death. At a book store eerily named the ‘Last Bookshop’,  owner Katie Orphan told the police she saw Lam buying books and music to bring back to her family in Vancouver.

“It seemed like [Lam] had plans to return home, plans to give things to her family members and reconnect with them,” Orphan told CBS LA.

When the autopsy results came out Elisa’s mystery became greater. The toxicology report found a number of medical drugs, most likely for her bipolar disorder, but it could not confirm the presence of illegal substances or alcohol in her body.

In the picture Elisa Lam.

After the autopsy a bunch of online users started talking on Reddit in an attempt to solve the case.

It’s remarkable the efforts made by one specific user who summarized the toxicology report.

The main breakdown of the post suggests that Elisa might have been taking her medicine against bipolar depression without consistency and in the wrong order, also the use of antidepressant (found in the autopsy) to treat bipolar disorder can cause side effects such as those displayed in the elevator security footage.

The hotel manager supported these points during the trail, saying that Lam was originally booked in a hostel-style shared room but had to be moved because of complaints of odd behaviors from her roommates.

This could explain that the young student was suffering some kind of mental breakdown, but how she ended up dead and in a sealed water tank still baffles investigator and the world.

The autopsy also did not find any evidence of foul play but was unable to further asses the body’s composition due to the lack of blood and decomposition of the corpse.

How could Elisa Lam have reached the roof without being discovered? And how would she then close the tank lid once she jumped into it?

Who’s to Blame For Elisa’s Death!? 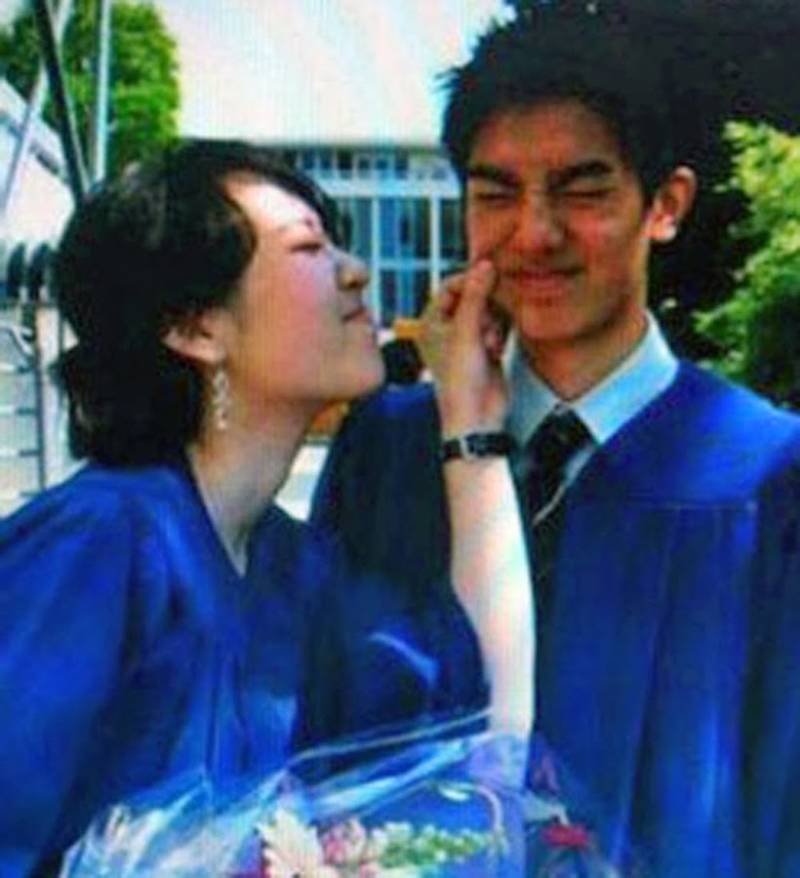 Elisa and a friend at her graduation ceremony.

Elisa’s parents: David and Yinna Lam filed a wrongful death suit against the hotel in order to obtain clarity on what had happened. The lam’s lawyer stated that the Hotel had to make sure their structure was safe for their guests and that no injuries could have resulted from it. The Hotel fought in court to dismiss it and won with the help of Lopez’s statement in which he described how hard was for him to find Lam’s body. He added that the roof of the hotel, (water tanks location) is incredibly difficult to reach and that in order to enter an alarm has to be disengaged. Following what said by the hotel employee, if someone would have tried to access the roof, an alarm would have triggered and the front desk along with the hotel’s last two floor would have been warned with an acoustic warning.

“I noticed the hatch to the main water tank was open and looked inside and saw an Asian woman lying face-up in the water approximately twelve inches from the top of the tank,” Lopez said, as reported by LAist.  Lopez’s testimony suggested that it would have been difficult for Lam to make it to the top of the water tank on her own. At least, not without anyone noticing. 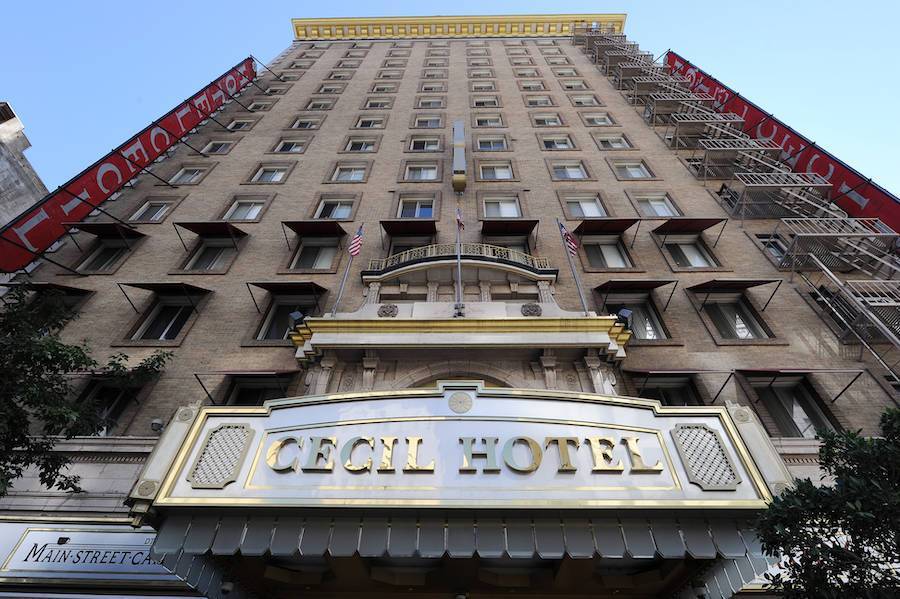 Since the opening in 1927, the Cecil Hotel has been plagued by 16 non-natural deaths along with other paranormal events. One of this is the 1947 murder of Elizabeth Short (Black Dahlia).

Richard Ramirez the infamous serial killer called “Night Stalker” lived on the top floors of the establishment in 1985. The story says that after one of Ramirez’s killing he would ditch his bloody clothes around the hotel and then enter the hotel naked.

Others are strange events on the Cecil’s infamous story. Make sure you check the related article. 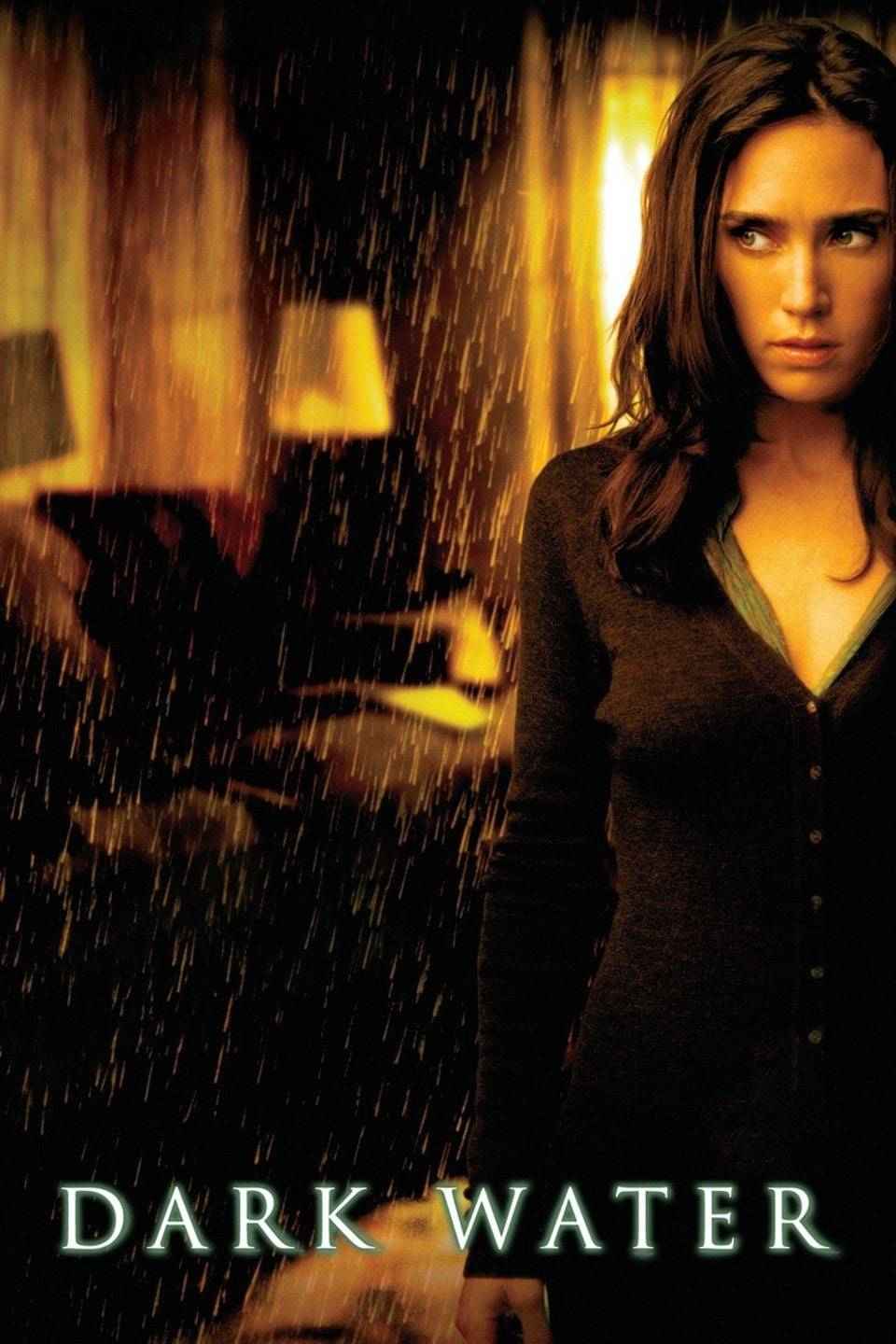 One of the most important coincidences is certainly the similarity between the story of Elisa (2013)  and the movie Dark Water (2005).

Dahlia Williams, her young mother, following a troubled divorce from her husband, moves with her daughter Cecilia to a squalid building in a squalid but economic suburb. Dahlia and Ceci discover eerie, dark water leaking through the ceiling of their new apartment. Dahlia calls the supervisor (Pete Postlethwaite) and the building’s owner (John C. Reilly) to fix the leak, yet it only gets worse. Now having nightmares about the dripping, Dahlia is driven to confront the problem herself.

Black Dahlia is the nickname given to Elizabeth Short, a woman who was the victim of a gruesome ritual murder in 1947. The case was never solved. In the film, the name of her daughter, Cecilia, is obviously quite similar to the name Cecil Hotel.

In the  midst of a legal battle for custody of the little girl, a strange infiltration of water on the ceiling will haunt the woman, and the little Cecilia will simultaneously begin to show signs of imbalance, claiming to communicate with an imaginary friend who bears the name of a little girl who had mysteriously disappeared from the upper apartment some time ago. It will eventually be discovered that a young girl named Natasha Rimsky drowned in the water tank located on the roof of the building.

Shortly after the discovery of Elisa Lam’s body, a tuberculosis epidemic broke out in the Skid Row neighborhood, near the Cecil Hotel. The name of the kit used in these types of situations was LAM-ELISA.