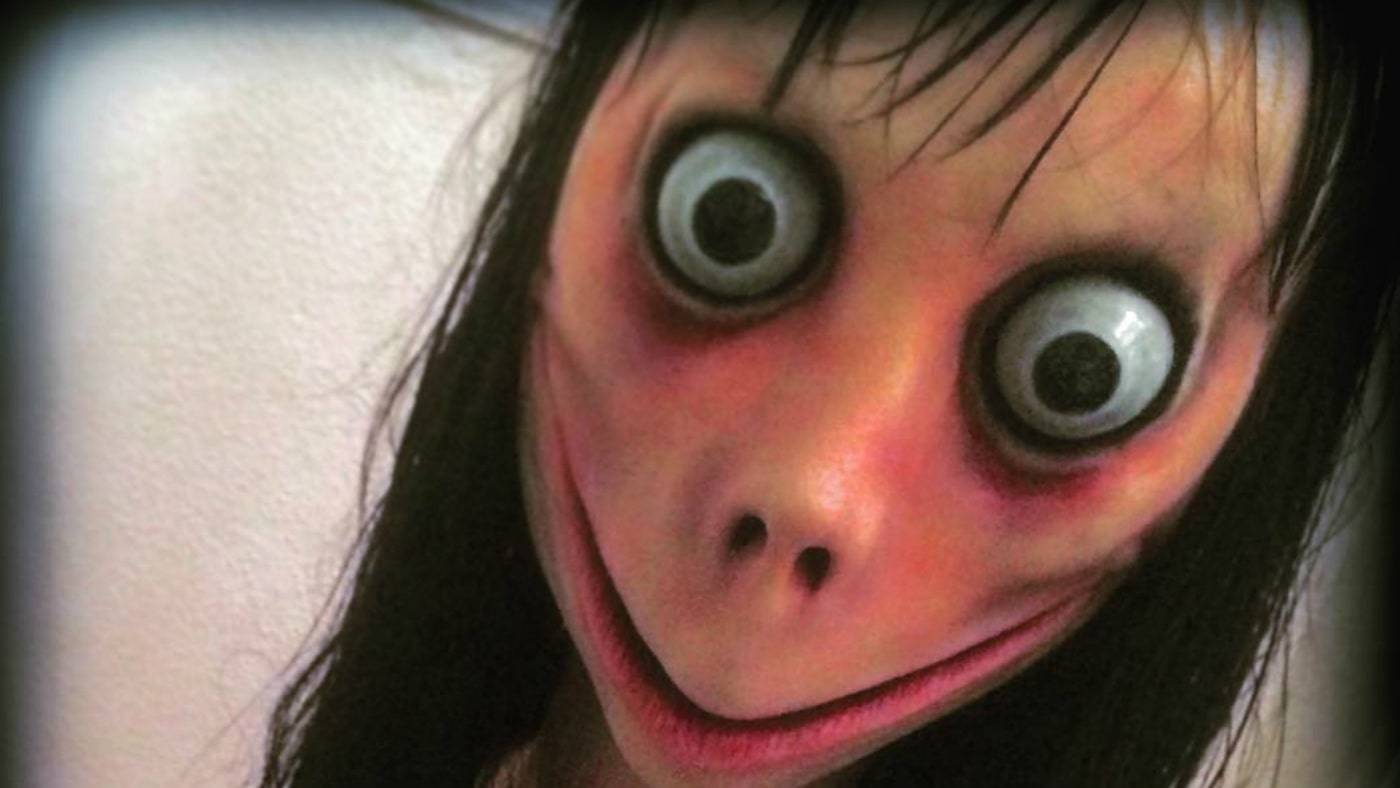 This article will be a little different from the many others out there. Recently lots of different media outlets started screaming that the “Momo Challenge” is just a scary hoax.  I will instead use a different approach to talk about this story. The main point that I will try to develop is in short: even if Momo’s main challenge is probably a fake, being aware of the effects of induced-terror, trough images and sounds, can prevent unfortunate situation in which someone could think about hurting himself. 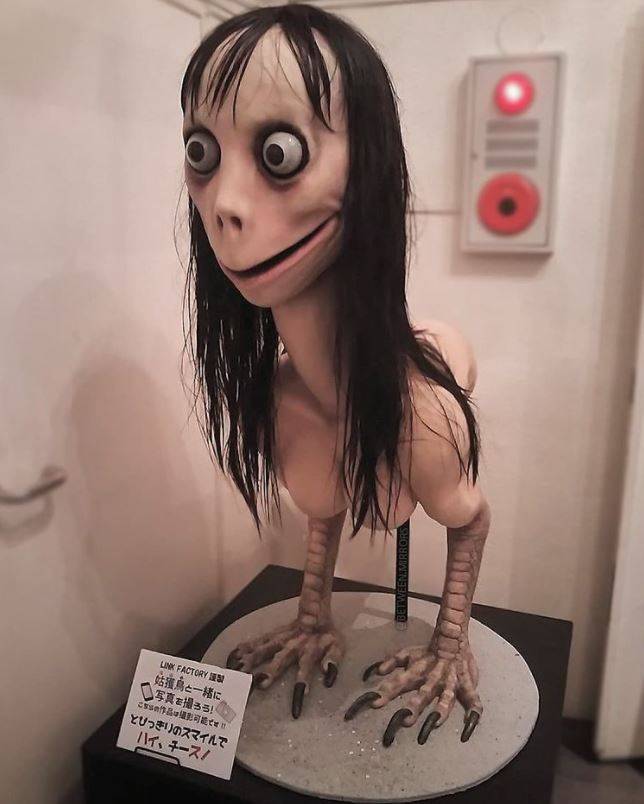 Approximately in 2018, The Momo Challenged was created on the internet in Mexico. The first person talking about it was a YouTuber called ReignBot. The Momo Challenge used the image of a sculpture named ‘Mother Nature’ which shows a human-style head with long dark hair spread sparsely over the creature’s forehead, enormous round eyes, an oversized mouth and a flattened nose. The naked creature has the feet of a bird and not much of a torso. The sculpture which was built for other reasons in 2016 and displayed at Vanilla Gallery in Tokyo has now been destroyed due to the mediatic pressure.

From what we know the ‘Momo Challenge’ started primarily on WhatsApp, and then moved on on other socials, such as Facebook and Instagram. This is what was reported to happen. An online user would receive a message from a creepy profile named Momo.  After the users responded to this text a series of test like challenges would start. Momo would give the unfortunate user of the internet a series of creepy and dangerous tasks to perform. Some of them included but were not limited to: self harm, reckless actions and the last one, seen from Momo and the victims, as the final goal: the suicide of the victim.

On July 22 2018 a 12 years old girl leaving in Buenos Aires was found hanging from a tree in the town of Ingeniero Maschwitz about 30 miles from Buenos Aires City in the Escobar district of Buenos Aires province. The family reported that the young girl hanged herself to the family tree and that nobody was able to intervene in time.

Momo had already caused concern in several European countries when this happened. The girl’s older brother found her hanging from a tree in the backyard of their house with her mobile phone nearby. Her mother had left the house and returned to find that her daughter was already dead.

The phone has been hacked to find footage and WhatsApp chats, and now the alleged adolescent with whom she exchanged those messages is being sought”

Police said in a statement, adding that they believe the teenager’s “intention was to upload the video to social media as part of a challenged aimed at crediting the Momo game” for the suicide.

After this event the ‘Momo Challenge’ became a “worldwide phenomenon”. The whole world started talking about it and informing in order to prevent other attacks to the world’s youth. Different celebrities such as: Kim Kardashian took on the battle to help the police remove Momo’s video from the internet.

After dying down in late 2018 Momo came back up the following year. Some users stated that now the mysterious figure was using apparently safe videos such as cartoon to spread into easy and malleable minds.

At the present day the situation died down. Recently some news article (Vox, The New York Times and The Guardian) started screaming how everything was just a hoax.

I think this statement is not respectful for all the families out there that lost someone. As a focal point of this new statement is the fact that articles and newspapers argue that real proofs that linked to the deaths and Momo were never found. How can you even imply something like that.

The world of the internet is a fast and constant evolving landscape in which information are exchanged quickly. I find really difficult to find substantial evidence especially when we are talking about a viral challenge. Let’s have some respect.

Police authorities in the Philippines issued warnings to parents to be vigilant of their children’s online activity after an 11-year-old boy died from apparent suicide by drug overdose on January 11 2019, linking the incident to the viral challenge, although no official confirmation of direct relation to the incident has been established by the authorities.

In France,  a complaint was filed in November by a father whose son committed suicide.

The Belgian Public Prosecutor’s Office reported on November 6 2018 that a 13-year-old boy had been the victim of the Momo Challenge and hanged himself.

It’s probably just a viral image that took the stage in 2018. After that people fueled it making up things about it and increasing the fake phenomenon. Probably this is the case and the unfortunate deaths were created by the same phenomenon that was created as a viral online joke.

One thing is certain. Is better never be to sure of that. Probably was just a game, but tell this to the people who lost their lives because of it, I am sure they would not see in the same way. Let’s take some time to reflect on that.

There was also the speculation from the police that this game was created initially by some dangerous people which all the wanted was extort personal identity and sensitive information, in order to sell them later on the dark web.

Whatever the case is I don’t ultimately thing that this challenge is dead because what brings these challenges to the surface are people and evil people will always be around. I think we should instead assume a controlled behavior that will help us stay vigil online. If we find something let’s say something, informing the competent authorities can always make the difference.

These challenges grows as any other social trends on social medias. Actually, we can say that they are those things. I feel for these reasons that is extremely irresponsible and dangerous thinking at them as something of the past and not dangerous anymore or saying they were neve dangerous.

If you liked the article, please consider subscribing to our newsletter to be always updates on the site’s new content!