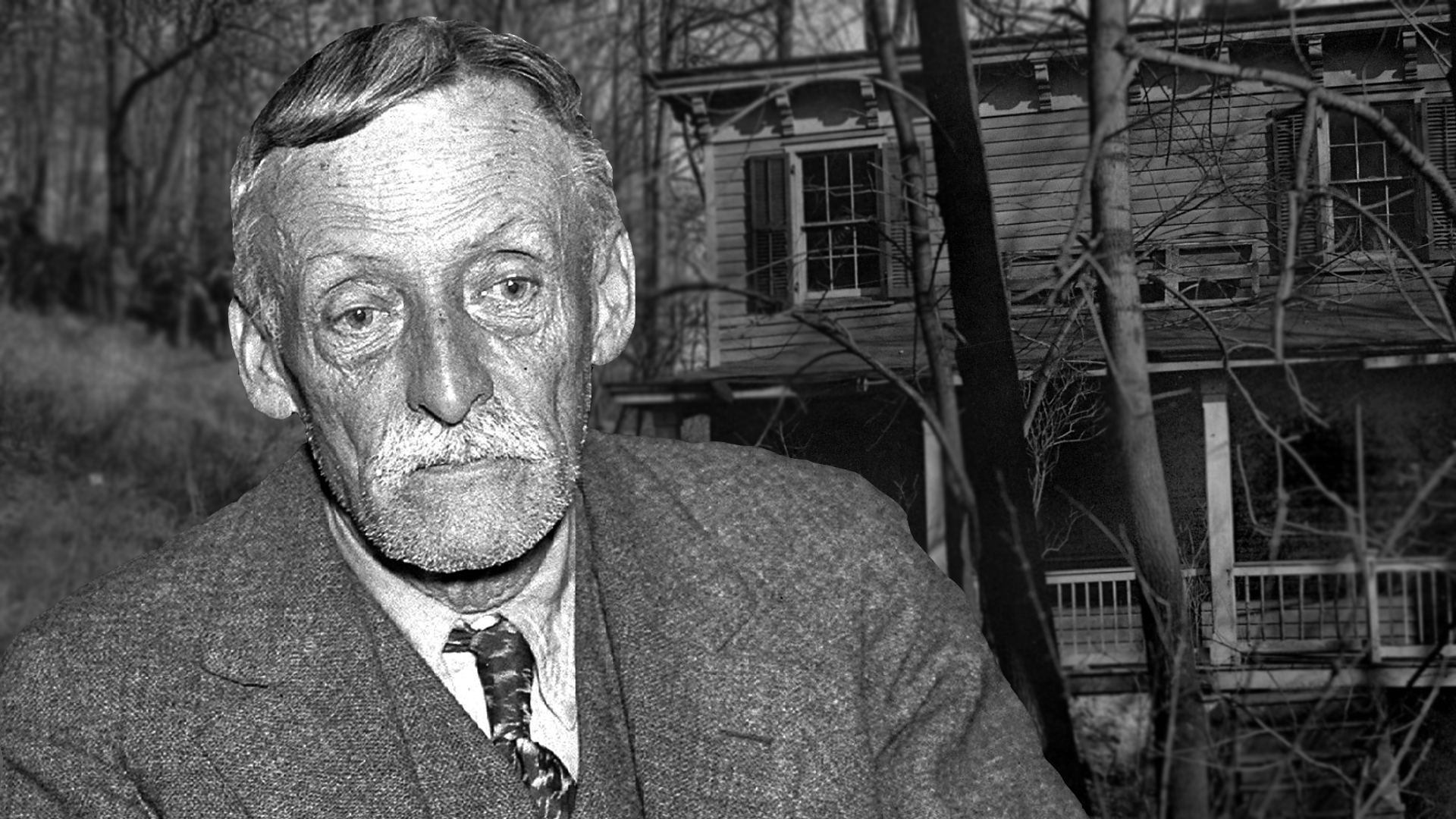 Albert Fish. One name among many. Kidnapper. Rapist. Murderer. Cannibal. Many have heard of him but few actually know the gruesome story. The following passage illustrates how Albert Fish earned the monikers the Grey Man, the Brooklyn Vampire, and the Boogey Man. 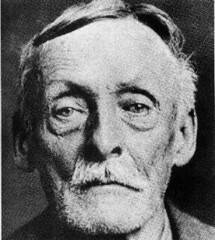 The Killer as a Kid

Albert came into this world as Hamilton Howard Fish, the youngest of four, on May 19, 1870 in Washington D.C. His father Randall, 43 years older than his mother, passed away in 1875. Fish’s mother, Ellen, did not have enough money alone to support the family so she placed him in St. John’s Orphanage in D.C. and finally retrieved him in 1880. Ellen began working for the government and earned enough money for her family, but she had no idea what the orphanage experience did to her son.

Albert Fish consistently found himself on the receiving end of abuse at the orphanage. He eventually began to enjoy the pain and almost looked forward to beatings. The students saw their teachers whip them and even burn their clothes. Other children had to watch what their peers faced. Some experts later examining Fish stated the school enacted an extreme form of shaming. Fellow students felt encouraged to ostracize those whom the teacher attacked.

Fish would later admit in interviews with police that the orphanage is where he got started on the wrong path. The beatings suffered as a young child helped unleash the violent and vicious side of Albert Fish.

The more extreme of Albert Fish’s disturbing behavior started to develop at 12-years-old when he met a boy who introduced him to the practices of drinking urine (urophagia) and eating feces (coprophagia). He would also sneak away to public bathhouses to watch boys undress, author explicit letters and send them to strange women, and even prostituted himself. Albert Fish was raping children by the age of 20.

The Fish family experienced their fair share of mental illness. Doctors diagnosed seven members with some sort of affliction. Mania, schizophrenia, and hallucinations plagued Fish, his mother, siblings, or other relatives. Two of Fish’s siblings had to remain hospitalized in a state institution. These, combined with the abuse suffered at the orphanage, created a ticking timebomb of pure evil.

The 28-year-old Albert married 19-year-old Anna Mary Hoffman in 1898. The couple had six children, none of whom Fish is accused of molesting, as shocking as it sounds. Anna would leave Albert in January of 1917 after running off with a man named John Straube. Straube had lived with the family for a little while, paying to rent a room. Fish would later state that Anna’s departure catalyzed his violent actions. This did not stand a chance as a rational justification for his actions. His bloodthirsty history of cruelty stretched too far.

Fish first started to experiment with self-harm and cannibalism after his wife left their family. His children recalled some dinners where Fish attempted to get them to only eat raw meat. He also stuck needles into his body, beat himself with a nail-studded paddle, and even inserted lighter-fluid doused items into his buttocks and lit them on fire. The police order an x-ray performed on him after his arrest and they found 29 needles jammed into his pelvis.

Albert Fish met 19-year-old Thomas Kedden in 1910 and they entered into a sadomasochistic relationship. The two travelled to a farm house after little more than a week where Fish chained Kedden up, tortured him for two weeks, and severed his penis. The victim’s looks and screams sexually satisfied Fish, who loved the control and intensity of the “encounter.” Kedden avoided death due to the hot weather because of the potential odor a corpse would create. Fish poorly tended the wound, left some money, kissed his victim, then left. He never looked back or heard from Kedden again.

Speculation remains surrounding the consensual nature between the two men. Police, doctors, and other experts could not be certain that Kedden went into the relationship voluntarily. Fish later implied that he knew Kedden suffered from mental debilities. This highlights part of Fish’s victim profile: intellectually handicapped, minority related, or those who others might not miss.

Albert fish primarily focused on children. He used his meat cleaver, handsaw, and butcher knife to kill, dismember, and prepare the young ones he called dinner.

The year 1924 saw Fish abduct, murder, and mutilate nine-year-old Francis McDonnell of Staten Island, NY. The McDonnell case gave Fish his “Grey Man” nickname. Witnesses, including Francis’s mother, friends, and neighbor stated that a strange, older man with grey hair and a grey moustache was seen around the area. The Boogeyman nickname would come to fruition from the 1927 murder of four-year-old Billy Gaffney.

Young Billy Gaffney played with his friend Billy Beaton and Beaton’s 12-year-old brother in the hallway between their apartments. The older child went into the apartment and left the two younger ones in the hall. The two boys disappeared. Authorities found Beaton on the roof of the building, but could not locate Gaffney. Police asked Beaton what happened and he replied that the Boogeymen had taken them.

Billy Gaffney’s body remains missing, despite an eye-witness identifying Fish as the man he had seen earlier struggling with a young boy on public transportation. The boy was being dragged about and crying for his parents. Fish only admitted to murdering and molesting Francis and Billy after the conclusion of the Grace Budd trial.

The Beginning of the End

Albert Fish replied to a classified ad in the Sunday paper on May 25, 1928. Edward Budd, 18, had placed the ad in hopes of finding work. Fish and Budd met at the latter’s family home in Manhattan to “interview” Edward. Grace, Edward’s younger sister, came into Fish’s sphere on the second trip to the home. Fish somehow, some way convinced the Budd parents to allow Grace to accompany him to his niece’s birthday celebration (a lie). They permitted an older man they barely knew to take their young daughter, alone, to a party for a child they had never seen or met. Grace’s parents had essentially signed her death certificate right then and there.

Albert Fish was sent to a psychiatric hospital in 1931 following multiple arrests for smaller offences (well, minor compared to the murder and cannibalism of human children). He faced jail time for multiple grand larceny and bigamy charges over the years, however Fish completed his sentences and went back into the world each time.

Grace Budd’s mother received a letter in November of 1934. Fish detailed the selection, abduction, mutilation, and preparation of her daughter. Fish also described how an old friend and neighbor, John Davis, developed a taste for human flesh abroad. Davis kidnapped two boys (ages seven and 11) upon his return to New York, cooked, and ate them. Fish admits this led him to desire human meat. The excruciating details in the letter make hairs stand up, blood boil, and stomachs churn.

Grace ultimately begged for her mom and fought her attacker. Albert Fish had no mercy as he choked the life out of her body. He then cut her into small pieces to eat in bed. He admitted, to her mother, that it took nine days to completely eat Grace’s body.

Police captured Albert Fish by analyzing the stationary on which the disturbing letter was sent. The letterhead led them to a boarding room where the landlady revealed Fish had recently moved in. Investigator William King waited for Fish to return home and requested he come to the station for questioning. Fish initially agreed and then attacked King with a blade. King subdued Fish, arrested him, and took him in.

Albert Fish admitted to killing Grace. He told investigators that he wanted to rape, kill, and eat her brother Edward, but she was most likely easier to overpower. Fish also wrote a letter to his attorney detailing the Gaffney murder and the entire process of cooking the little boy.

Multiple psychological experts gave their input during Fish’s trial where he stated that God encouraged him to kill children. He, like his mother, experienced intense auditory hallucinations. Doctors eventually diagnosed him with 13 different paraphilias (the most in recorded history). Albert Fish suffered from sadism, flagellation, voyeurism, cannibalism, hematolagnia, pedophilia, infibulation, necrophilia, piquerism, exhibitionism, masochism, and as previously stated, urophagia and coprophagia. Nobody doubted Fish’s insanity but the jury felt he need to face the ultimate punishment for his horrific crimes. 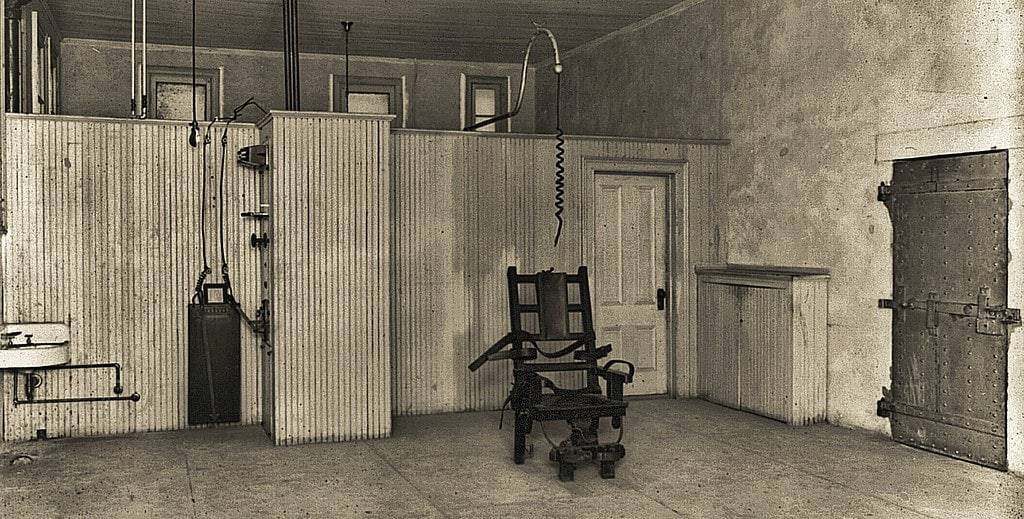 The authorities held Fish on death row for ten months before strapping him into the electric chair at Sing Sing. The entire process, from the moment Fish entered the execution chamber until his death pronouncement, took about three minutes. Fish wrote his final statement to his attorney hours before he rode the lightning to whatever dark pit awaited him. The media craved for the statement’s contents, but his attorney refused citing the extreme and foul language the killer used. 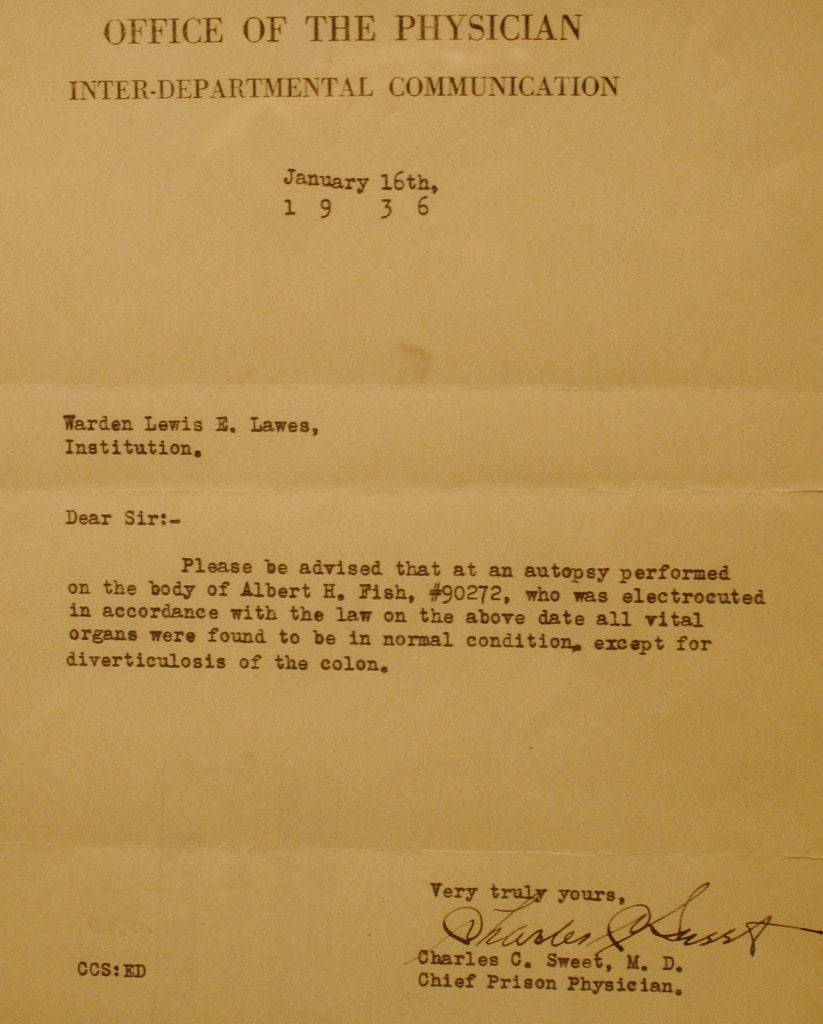 Albert Fish stands as one of America’s most vicious, perverted serial killers. He literally ripped children apart and ate them. Control and violence gave him sexual gratification. Remorse eluded him at every turn. Why? What causes someone to happily feast on another person’s flesh? Did genetics and nature play their hands to guide Albert Fish’s twisted mind down a blood-soaked path? Did the orphanage and abuse bring out the true evil hiding underneath? Society may never fully understand what fuels individuals like Fish to do what they do. These people remain on the fringes of respectable civilization and define what it means to go bump in the night.

The Nightstalker – Cruelty for All