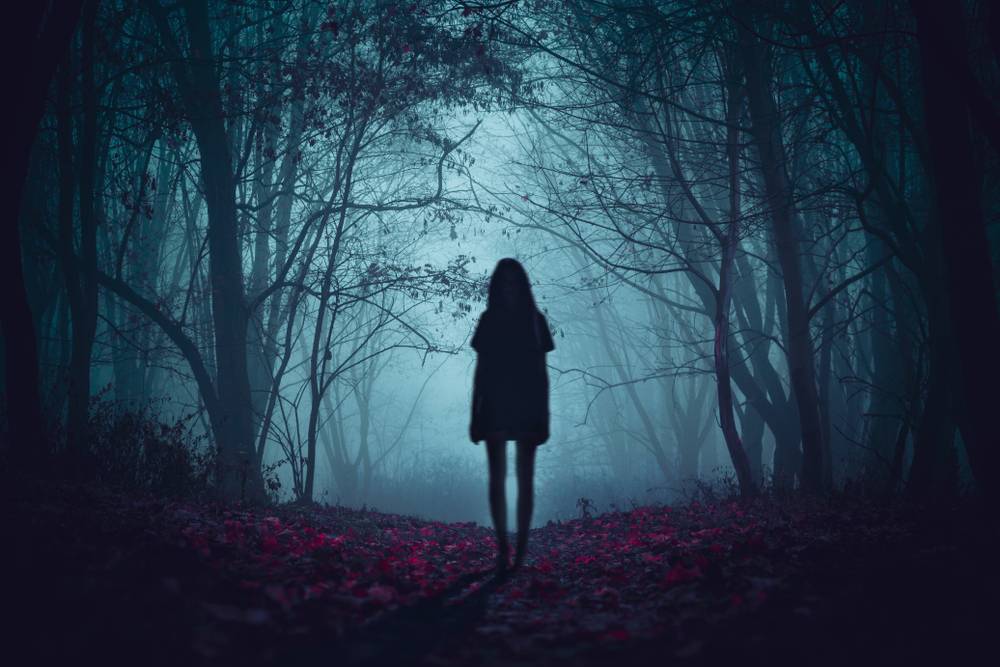 When it comes to the paranormal few can say to have proof of it. In this article I will present you with a list of 10 of the most unexplainable photos in which something paranormal was caught. It is now up to you to draw conclusions. Do you believe it? 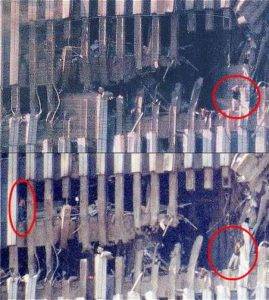 Our first photo belongs to one of the saddest day in history September 11, 2001.

In these two photos, you can very well see the presence of a female figure on the 97th floor of the South Tower. It’s on this floor that the plane crashed against the tower. It seems that the woman remained unharmed even after the crash and the high temperatures that were released during the fire. 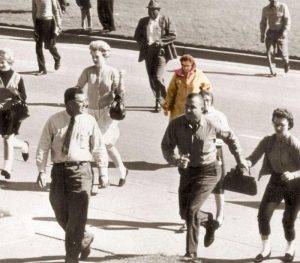 This female figure appears to come from another world.

On the day of  J.F. Kennedy’s assassination, this lady, renamed later ‘Lady Babushka‘ because of her clothing that made one think of a person from Russia, is present in many photos and videos of November 22, 1963. Witnesses claim to have noticed her because of her unusual clothing and because she was holding a camera. Looks like Lady Babushka took a lot of pictures that day. She never responded to appeals from the FBI that requested to present them with any videos or photos taken that day, nor was it ever clear who she was (each search was in vain). In one of the photos that portray her, shortly after Kennedy’s assassination, Lady Babushka seems to leave the scene with great tranquility while around her the people present panic.

08. The Little Girl And The Astronaut 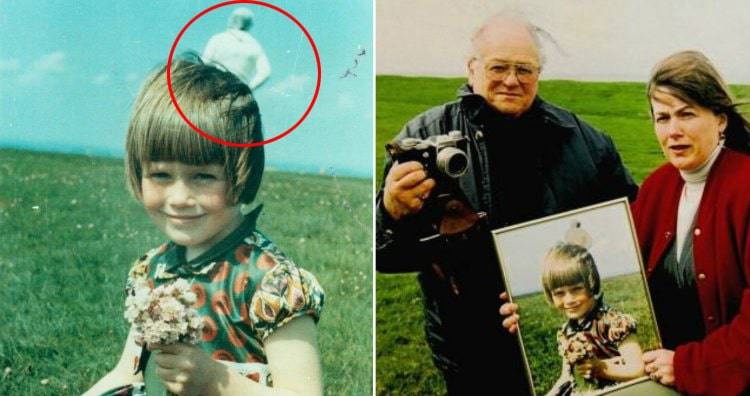 A quiet walk was turned into an unsolved mystery.

In 1964, fireman Jim Templeton went with his family to the hills of the Solway Firth to relax and take some photos.  When, a few days later, Templeton went to collect the photos he had taken, he noticed a strange presence behind his daughter: a man in a white spacesuit. The firefighter reported the incident to the police who, after contacting Kodak himself, were unable to understand what really happened. Some time later, Kodak launched a competition that offered a lifetime supply of film to anyone who could give a plausible explanation. The award has yet to be collected. Something doesn’t add up in this photo.

In 1919 a photo of the squadron operating on the HMS Daedalus was taken. At a glance it looks like a normal group photo. But it is not. In the back row you can see the presence of Freddy Jackson, a mechanic who would have died two days before the picture was taken. After careful analysis and scrupulous investigations it was found that there was no double exposure and that the photo was not tampered with during the development of the film in question. The photo was released only in 1975 by Sir Victor Goddard who claimed to have made it known to prove the existence of ghosts.

06. The Man Who Traveled Through Time 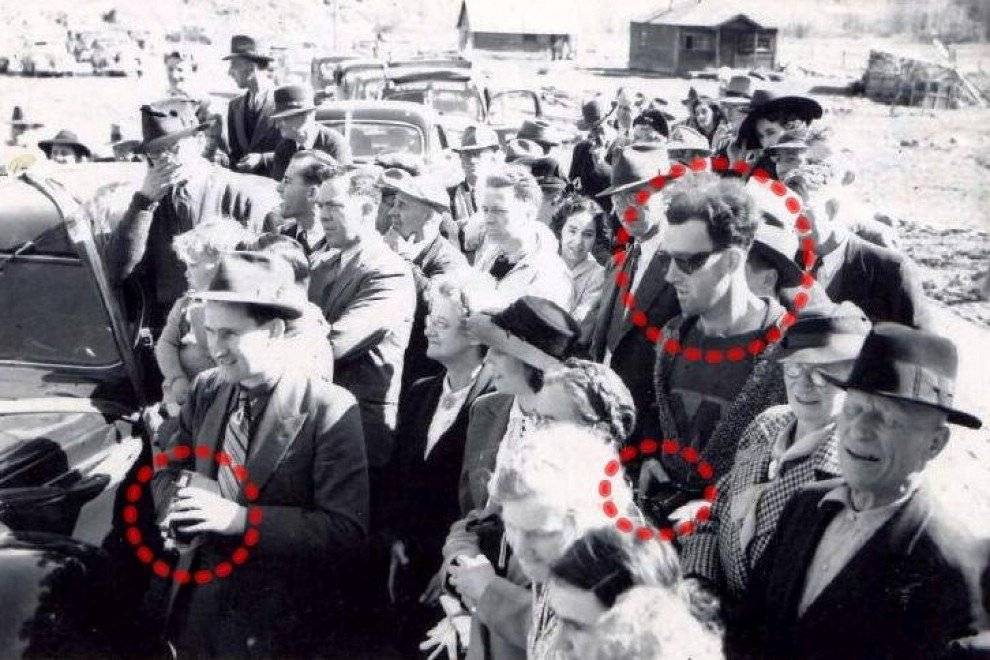 Could a man have really traveled trough time?

During the reopening ceremony of South Bridge Forks, Canada, a photo was taken and, to this day, it remains an unsolved mystery. In the photo, dated 1941, you can see a man dressed too “modern” for the time. In addition to this he holds a camera with the objective in his hand. It does not seem strange but if you compare it to the camera of the man in front of him, the mystery remains. After being carefully analyzed the photo showed no signs of tampering.

05. The Cooper Family And The Upside Down Ghost 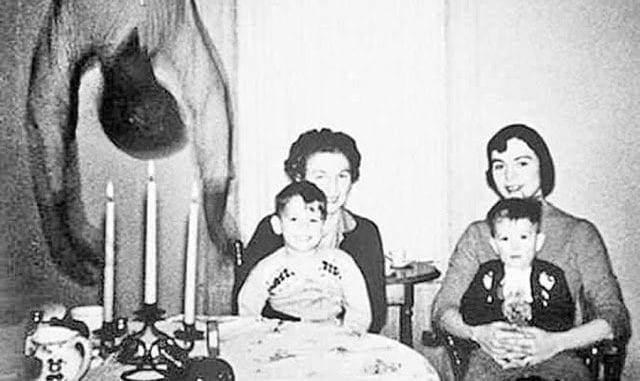 After moving to Texas, the Cooper family wanted to capture their first day in their new home.

In this picture you can see a ghost like-appearance hanging upside down. Some argue that the family is not exactly centered in the photo and that the figure that appears was already there to start with; others, on the other hand, claim that the photo is real and that there could not have been any tampering because of the lack of software that would allow editing of the photo.

04. The Workers And The Unknown Hand 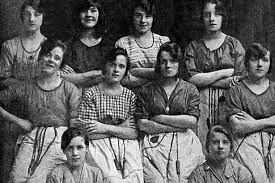 In 1900 in Belfast some mill workers take a group photo.

All the workers have their arms crossed and are still dressed for work. Moving your gaze and carefully observing to the far right you can see that, leaning on the shoulder of one of the girls, there is an hand. The odd part is that there is no arm!

03. The Man Who Looked At The Grand Canyon 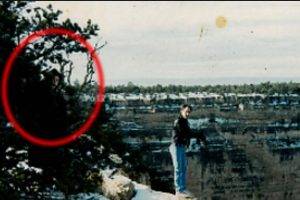 It’s always nice to be photographed while looking inside the Grand Canyon.

But this photo has something special. If you look closely, behind the man, you can see the figure of a boy with a hoodie. Interviewed after the photo was developed, the photographer confidently stated that he did not see anyone at the time of the shot.

02. The Mystery Of The Light Bands Between 1981 and 1984 a series of lights of various colors were caught on film.

Despite numerous science-proven tests, the nature of the phenomenon has not yet been understood. 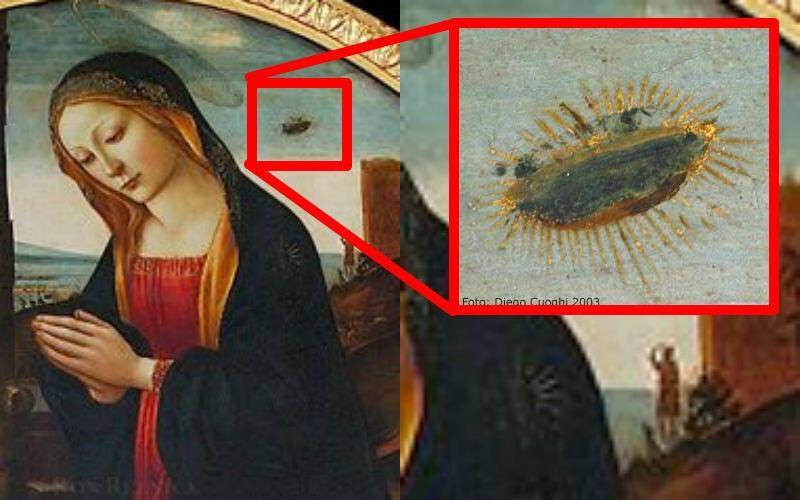 We could not conclude this article without mentioning  Leonardo Da Vinci.

In one of his paintings “Tondo of Madonna, Jesus and San Giovannino” there are unidentified flying objects. This UFO, painted in three dimensions radiates beams of light. On the right, almost in the background, you can see the man in the tunic who tries to protect his eyes with his hands.

If you liked this article make sure you subscribe and check out this page for more scary stuff.

Horror Comics: The Tragic Chills of The Embrace