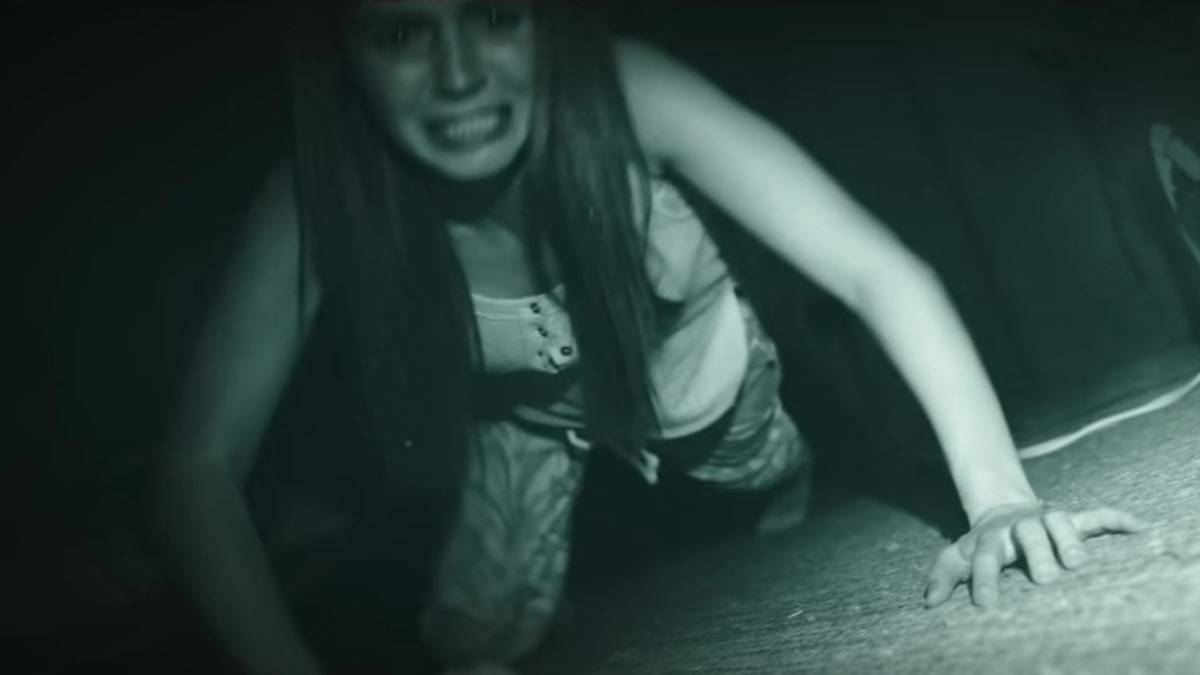 Next of Kin Background

Paramount+ exclusive horror release, Paranormal Activity: Next of Kin, hit the streaming service at the end of October 2021. The film stars Emily Bader, Roland Buck III, Dan Lippert, Henry Ayres-Brown, and Tom Nowicki. Next of Kin takes place in a small, Amish-like community in western New York during March 2021. Producers Jason Blum and Oren Peli, the creator of the Paranormal Activity franchise, had stated Next of Kin would stand as a reboot of the series instead of a continuation of the earlier films. 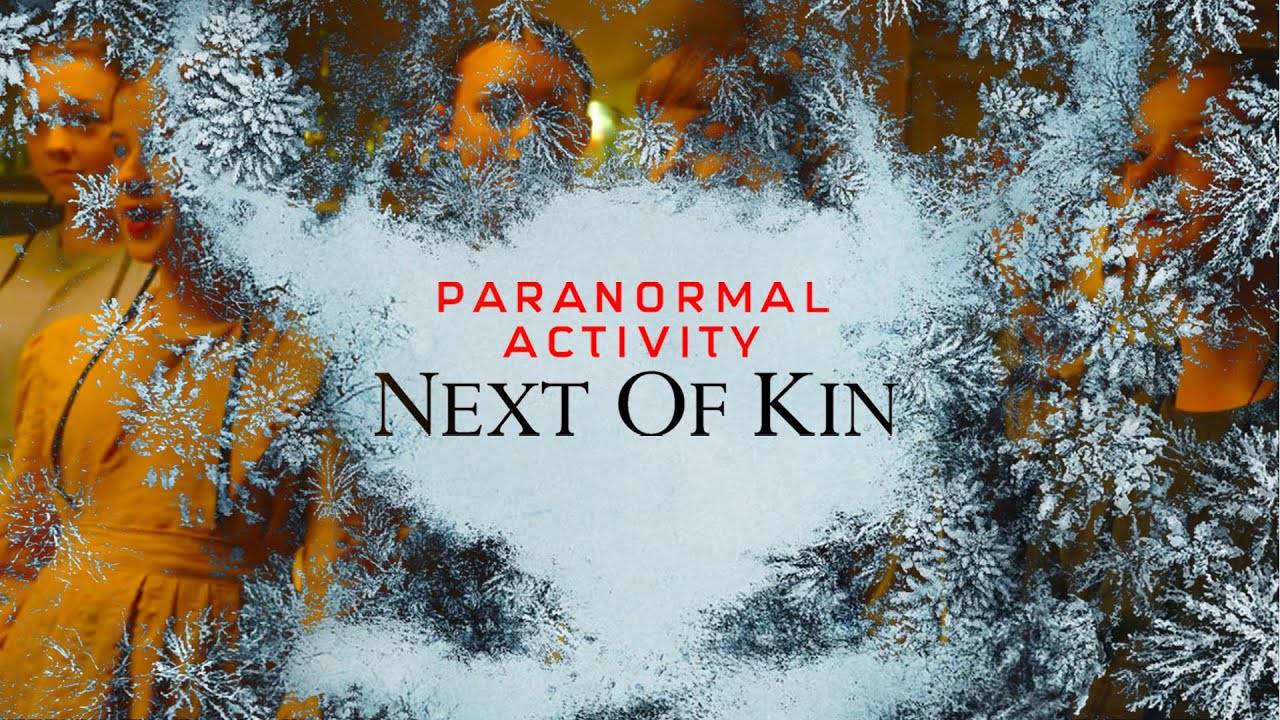 Next of Kin begins with Margot (Bader) and Chris (Buck) sitting in a diner waiting for Samuel (Ayres-Brown) to arrive. Margot, adopted as a baby, expresses her intentions on making a documentary-style film about her journey finding family. She reveals that she has never met any of her biological relatives and wishes to interview Samuel. They found each other on a genealogical website and decided to meet.

The trio share a meal while Samuel, on his rumspringa, discusses some aspects of his Amish community. All three then fly into the Buffalo area and meet Dale (Lippert), their sound guy. Dale drives the group to the Baylor farm, where Margot’s mother, Sarah, originated.

The Baylor family, led by Jacob (Nowicki), never warms up to Margot and her group as they try to discover information on Sarah. Chris and Margot constantly find themselves frustrated when they approach community members with questions. Those they inquire with provide them with limited answers and short replies, along with tones of secrecy and reluctance. 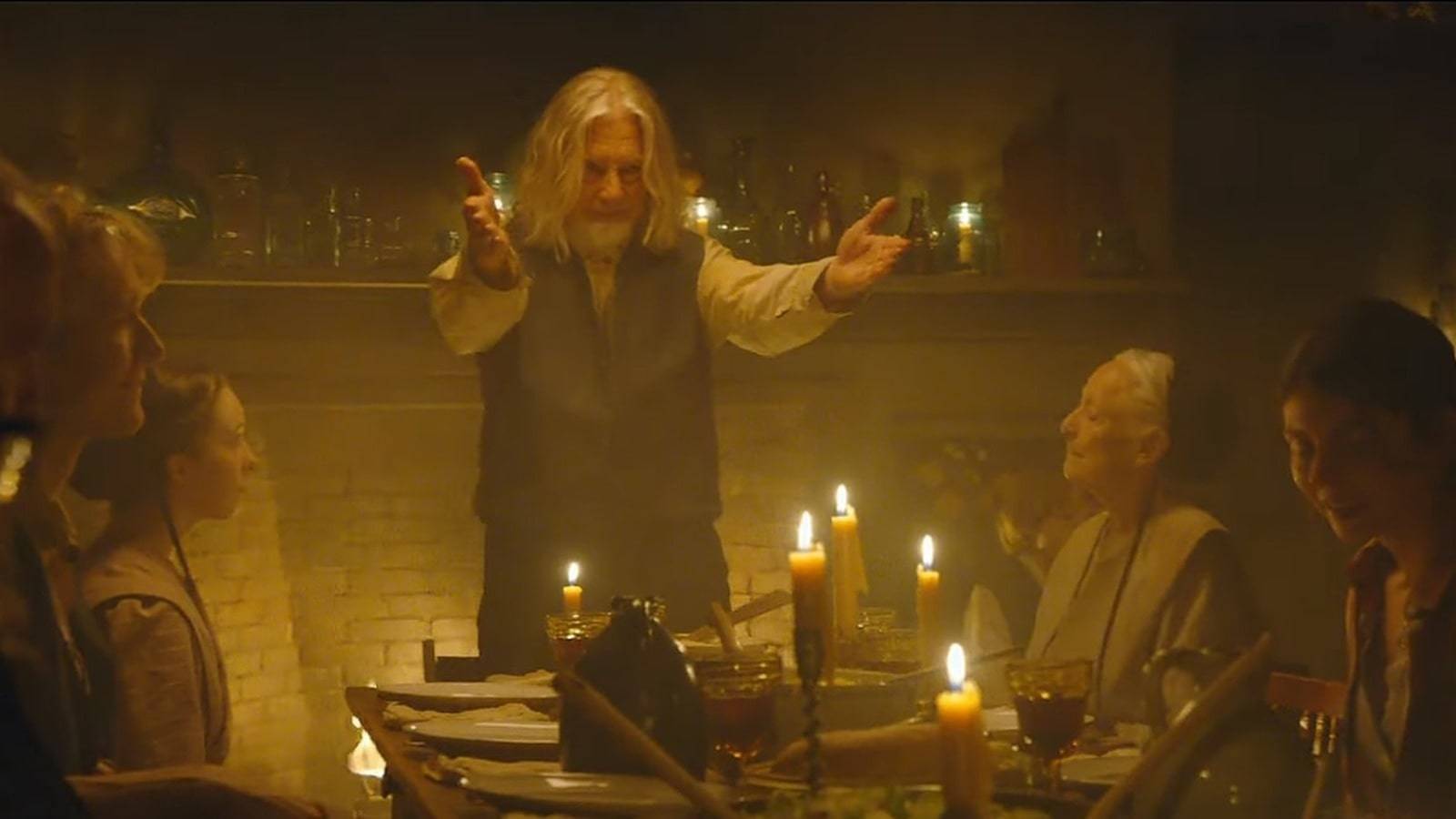 Chris uses his drone to take aerial footage of the surrounding area. He observes a mysterious church in the middle of the forest. The group finds the church on foot but is prohibited from entering. Margot soon begins to experience nerve-wracking phenomena, such as noises and an unseen entity in Sarah’s former room.

Chris, Margot, and Dale each discover frightening details about the Baylor farm and its inhabitants, such as the community actually being devil worshippers. Margot also discovers that the Baylor community knew about her for a while and that Samuel intended to meet her to bring her back to the farm.

Next of Kin Analysis

Next of Kin provides audiences with a more in-depth origin tale for the Paranormal Activity storyline. The film implies Margot holds the title of heir as the vessel for the demon, Asmodeus. Dale and Chris utilize a car mechanic’s computer and learn that Asmodeus massacred a Norwegian village centuries earlier. The villagers trapped the demon inside the body of a woman. The women in that bloodline pass Asmodeus from mother to daughter every generation. Margot was the next in line to be possessed by Asmodeus. Sarah gave Margot up after she was born so she might have a chance at escaping the fate that Sarah herself was doomed for.

Next of Kin does an excellent job of keeping audiences focused on the myth and dogma surrounding the Asmodeus-worshipping Baylor community. The film feeds viewers pieces of the history and mystery at a captivating pace, leaving them wanting a little bit more at every turn. Fans of major scares, unfortunately, might not enjoy the vibe Next of Kin produces.

Next of Kin does a decent job of making the viewer feel as if they were watching a polished home movie, adhering to what makes the Paranormal Activity franchise attractive and immersive. The found-footage, documentary style enhances the creepiness and pushes the viewer to perceive the events as if they were partaking. Audiences can connect with the characters and storyline on a more intimate level. Next of Kin, much like the previous Paranormal Activity films, encourages viewers to ask themselves: “What would I do in this situation?”

The Paranormal Activity franchise perpetually peppers audiences with thrilling shocks and edge-of-the-seat jumps. The scare factor has generally been rather high throughout the series. Next of Kin has few scary scenes that truly take the breath away. Even the frightful scenes the film contains come at predictable moments. This might result from the fact that Next of Kin involves the eventual active hunting of the supernatural, while the previous films were people reacting to and documenting phenomenal events happening in their routine lives.

Next of Kin Worth the Watch

Paranormal Activity: Next of Kin deserves a solid watch, especially for fans of the entire franchise. Next of Kinenough merit for it to stand as the beginning installation of a new story because it takes a slightly different path than the previous movies. The best advice to be given if one wanted to watch the film: don’t expect a scare factor that causes them to jump out of their seat. The storyline captivates the attention and draws viewers in, causing a crave for more. Next of Kin would certainly benefit from a sequel, exploring the altered structure and consequences of the Asmodeus curse.

‘I Am Legend’, New Film or Series Currently in Development From Warner Brothers