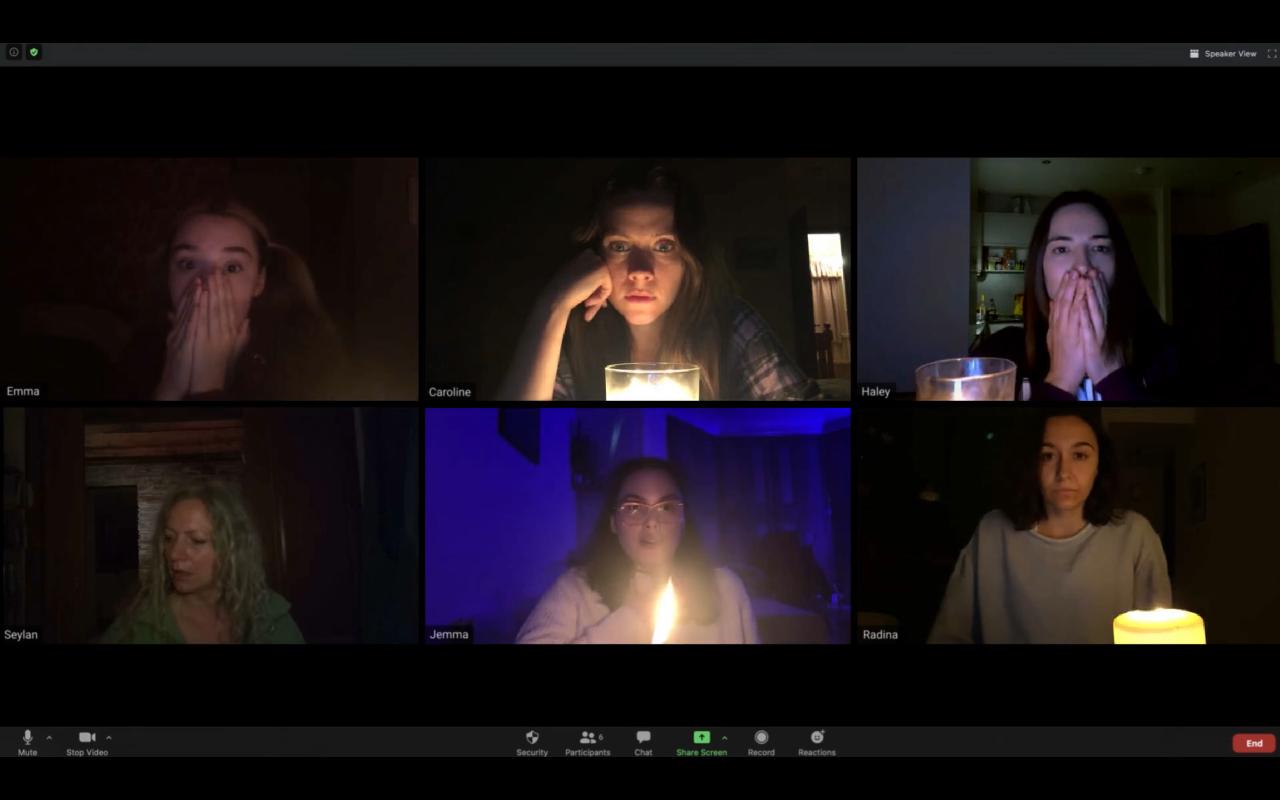 Honestly, what the h### where they thinking?

It’s probably not the best way to put it down but I am annoyed and a little enraged. It kinds make me feel that you can just throw some webcam videos out there and there you go here is your new horror movie.

Let me just say this. This is my opinion and it might not be worth much, but at the same time I feel the urging need to say something.

‘Host’ sucked bad to me. Yes I watched it and honestly I couldn’t believe my eyes.

That movie is a bunch of weird camera shakes, out of focus and very much annoying. It almost look as if the people who starred in it did it in their spare time..

I like found-footage, but found-footage films are completely different. They have good scenes, they have some scary part to hold on to.

What’s in this movie is supposed to be scary. The back and forth jerking of the camera, the moving chair, the little evil face seemingly floating around. How am I suppose to feel uneasy or scared!? Mostly it’s just boredom. You keep waiting for something good to happen but it keeps on disappointing.

I guess what made this movie acceptable was COVID. Ok here we go nobody ever thought about doing something like this before, a new horror completely on video call. Wrong (Unfriended).

Unfriended wasn’t this masterpiece either but had some better scene and a little bit of background to it. In ‘Unfriended’ a girl kills herself after being bullied all the time. The spirit then decides to take avenge on her classmates using the online world as a medium. That’s better.

In ‘Host’ what really happens? Even you guys that thought this movie was a hit. Let’s think about it for a second. Ok, a group of guys is having a seance ok so what? First of all the whole idea it’s nothing short of ridiculous, second of all the demon enters the chat because somebody in the group didn’t take the meeting serious enough and because of that a very evil spirit is unleashed.

Pretty much it’s like saying: “Johnny got offended and killed his entire group of friends”. I mean even when we talk about paranormal guys, a little knowledge wouldn’t go to waste. Even if you are trying to create the next slash/trash still have some respect in what you can sell. Literally, another total LOL scene was when the group starts the ritual. 2 words are you with us? and everything is already happening.

Think about it next time you go home after a night out. Be careful you might ask the same questions to your empty room and something might happen. You would then create ‘Host 2’.

Related Topics:filmhosthost review
Up Next

‘The Unholy’, This Movie Might be Underrated, But Truly Has it All!

Why The Scariest Movie Ever Made Isn’t A Horror Movie: Come and See