“His tongue or her ear?” That’s the first choice Hal (Eddie Marsan) has to make when he boots CURS>R, the retro video game which prompts its users to “Choose or Die.” That’s what is implied, at least. We never actually see a character die after refusing to choose. Instead, an unbearable din resonates in the player’s ears, which puts them in a state of even more confusion. Much like the game itself, this doesn’t make a lot of sense. But neither does the movie, and anyone who subjects themselves to this 90-minute train wreck can tell you that.

While it’s definitely amusing to witness Brit old-timer Marsan attempting an American accent, the film soon forgets about him—and so do we. Abruptly, we fast forward to an 80s-imbued dystopian society. Broke college dropout Kayla (Iola Evans) somehow comes across the game in her best friend’s Isaac’s (Asa Butterfield) messy apartment; since, conveniently, he’s really into the 80s, too. When they find out there was once a $125,000 prize for beating it, Kayla becomes determined to earn that money, hoping it’ll turn her life around. Why not a single person had claimed the prize in the three decades the game was out for is beyond me. They even got Freddy Krueger himself—the legendary Robert Englund—to advertise it as the game director players can call.

“Choose or Die” Disappoints From the Beginning

Kayla’s first experience with CURS>R is as gruesome as Hal’s. This time, however, we get to see the events unfold, and we’re probably just as confused as Kayla is. Her first choice is between coffee or cake, a way to show the game recognizes the player’s surroundings (she’s in a cafe). While Kayla seems as confused as she is intrigued, the viewer is pretty much uninterested—at least, I can say I was. Inexplicably, the game then prompts her to choose how the cafe’s unsuspecting waitress meets her early demise. Kayla’s choice: have her eat shards of broken glass, as her literal cries for help go unanswered.

This scene might satisfy the cravings of gore lovers, but it’s also misleading. It tricks the viewer into thinking this is the direction the film will take; but it isn’t even close. When the time comes for Kayla to play again the next night, she finds herself controlling a famished, giant rat trying to eat her mother. Only, this time, we don’t get to see a thing—probably, because bringing a giant rat to life wasn’t within budget. The following level of the game isn’t even worth mentioning because of how uninteresting it is. 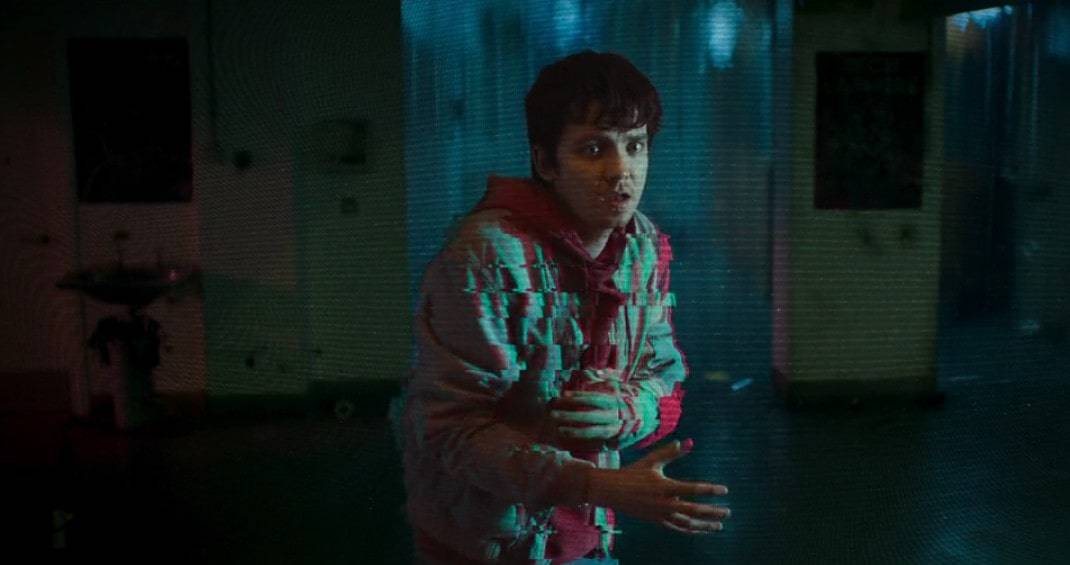 There Is No Thread to Tie It All Together

The issue lies in the lack of a formula for the game; which, surprisingly, still fails to provide any shock factor to keep audiences entertained. There’s no real substance to the script. At times, it even seems unfinished; as if writer Simon Allen put together a bunch of ideas, without bothering to connect them properly. This results in a finalized product that is incoherent and bleak. Ultimately, the viewer doesn’t get any enjoyment and they’re left wondering what the hell they just watched.

The rules of the CURS>R game aren’t clear, and neither is the movie’s plot. Puzzle pieces change to fit a storyline that isn’t even sure of where it’s going. The half-assed explanation behind the game’s creation towards the end of the film might as well not be there. It doesn’t really explain much at all. And what’s supposed to be the biggest plot twist—that Kayla has to defeat the final boss (which turns out to be Hal) to win the game—messes with the game’s format for no apparent reason. The worst part is we never get to find out why. Neither do we learn why the game works the way it does. Why are random victims to sacrifice their lives so the player doesn’t? The most we come to know is the game’s creator is some guy named Beck, and he used a bunch of cursed symbols to make it.

No Strong Points Can Make Up for Its Losses

It’s safe to say this is a mess of a movie. As much as Evans and Butterfield try to breathe some life into their roles, it’s not enough to save it from falling extremely short. For director Toby Meakins, this is a tragic debut. It’s a real shame he didn’t have a better script to work with, because his artistic vision does peek through at certain times. Unfortunately, there’s too many misses for any redeeming factors to make a difference. The movie was already doomed when the crew decided to shoot in London, starring an all-British cast; although the characters are supposed to be American, living in an unspecified US city. Like everything else about it, it doesn’t really make sense.

“Choose or Die” is streaming on Netflix right now—but you’re better off choosing not to watch.

‘The Black Phone’ One Of The Best Horror In Recent Years

Everything, Everywhere, All At Once – Is The Hype Real? You Bet.