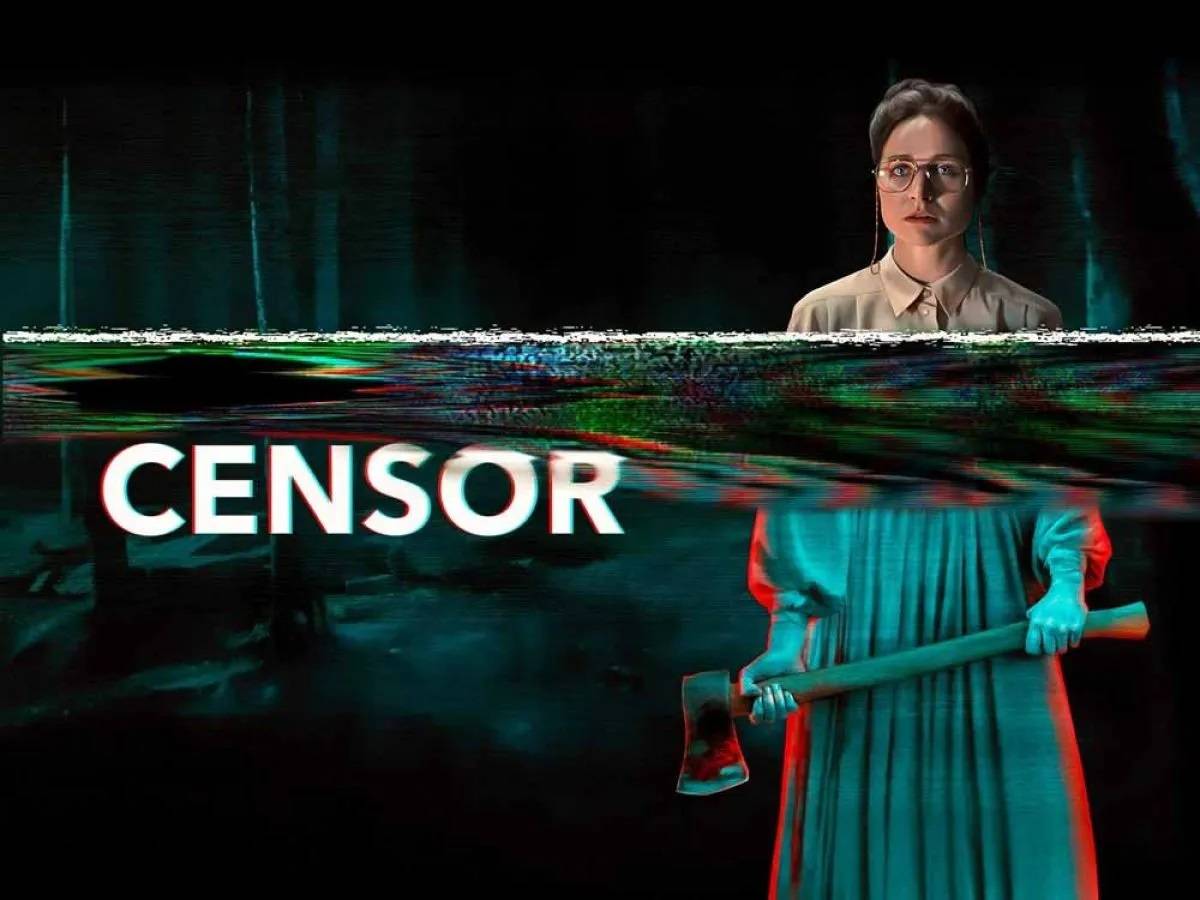 In her feature film debut ‘Censor,’ director Prano Bailey-Bond takes aim at the media and government officials who inflamed the moral panic surrounding low-budget slasher features in mid-1980s England. Bolstered by a captivating performance by lead Niamh Algar, Bailey-Bond’s film not only deftly criticizes these powerful entities, but also delivers an entrancing depiction of how their manipulation can affect the most vulnerable within society.

Set amid the “video nasty” scare of the time, ‘Censor’ follows Enid Baines (Algar), a reserved and hyper-vigilant film censor for the British Board of Film Classification, as she struggles to guard what seems to be a continually deteriorating public from the horrors of slasher cinema. However, while screening one particular film, Enid notices similarities between the terrifying images on screen and the broken, near-forgotten memories from her own past tragedy. As she continues to dig into the mysterious film and its creator, Enid begins to believe she may have found the breadcrumbs to uncover the truth behind her sister’s disappearance.

Though primarily focused on Enid’s struggle to uncover the truth about the eerie ‘Don’t Go in the Church’ and its shadowy creator, Frederick North, Bailey-Bond expertly sprinkles in elements that flesh out the world around Enid. News coverage of conservative activist Mary Whitehead plays on a television in the background preaching fear and concern for the impressionable minds of children. Local newspapers run large headlines in bold print accusing a slasher film for inspiring the grisly murder of a mother and her children. Enid receives vitriolic and expletive-filled rants from anonymous callers, chastising her for allowing the same film to be available to the public. These small details not only lend a sense of time and place for the film, but also provide perspective for how Enid’s slow mental decline begins and worsens.

The exaggerated news stories, speeches and headlines portray slasher films and violent cinema as the sole “boogeyman” responsible for all of society’s ills. Enid, still dealing with the trauma of her past, is particularly susceptible to this deluge of sensationalism. Hyper-vigilant and full of self-reproach, Enid sees herself and her job as critical to preventing the moral collapse of society and, possibly, being the sole person able to fix a world broken by the corruption and influence of slasher films.

Furthermore, Bailey-Bond uses the camera to create a cold and foreboding world which surrounds Enid at every turn. Rooms are often claustrophobic, filled with cigarette smoke and dim artificial light. In the moments where Enid walks to and from work, the covered walkways are oppressively dark and grimy. During these walks, Enid is alone in the center of the frame, illustrating how she feels isolated and frightened in a world she believes to be depraved and predatory.

[SPOILERS] However, after the climax, when Enid has a complete mental collapse and chooses to live in a fiction her mind has created where she has rid the world of all crime and “video nasties,” the frame is saturated with color and light. Gentle music underlies images of pleasant, smiling people on screen. Only in brief flashes do we see reality, where terrified people scream and cry for help in a world once again drained of its color and luster. Even the format of the film changes, coinciding with Enid’s mental deterioration, only returning to full frame after her complete mental breakdown. Enid has been so mentally and emotionally manipulated by sensationalism, that only when she chooses to believe she has defeated the boogeyman, can she feel peace. [SPOILERS]

Perhaps this point is no more clearly illustrated than when Enid is speaking with Perkins, a fellow censor, and questions how the Amnesiac Killer could completely forget the vicious crime he perpetrated. Perkins describes how “people construct stories to cope [with trauma]. You’d be surprised what the brain can edit out when it can’t handle the truth.” This, of course, correlates with Enid’s story throughout the film, as she either erases memories or completely creates new ones to cope with her own trauma. However, it also alludes to Bailey-Bond’s larger criticism of media and political sensationalism.

At different points throughout the film, background characters and objects depict the economic struggles and civil unrest happening in mid-1980s England. Margaret Thatcher is seen on television claiming that “what we are seeing in this country is the emergence of an organized revolutionary minority…whose real aim is the breakdown of law and order and the destruction of democratic parliamentary government.” During her commute, Enid overhears a married couple heatedly discussing the loss of a job and income. Also, images of protests and union strikes appear on screen as demonstrators clash with police. And as opposed to dealing with the reality of the economic and civil injustice leading to a more divided and agitated society, media outlets and public officials are decrying the portrayal of violence in film and how they believe it to be the root cause of social unease. Much like Enid, the media and public officials are “editing” the public’s collective memory in order to cope with the truth. [SPOILERS] Note: This point is crystalized within the story when it is later revealed that the Amnesiac Killer had not seen the movie the journalists claim was the inspiration for his brutal murder of his family. [SPOILERS]

Impressively, Bailey-Bond is not heavy-handed in her critique of these people and institutions while directing her first feature-length film. Enid’s story is always center stage and the viewer is engrossed with trying to put together the mystery alongside her. Every scene gives only the smallest clue or new bit of information, keeping the film a perfectly paced slow burn.

Moreover, Algar’s portrayal of a woman slowly losing herself in her grief and mental illness is exceptionally well done. We see every traumatic experience and painful memory manifest in a facial twitch, sullen stare or physical tick. A quiet and deeply reserved character, Enid never feels dull, gratuitously self-critical or unsympathetic. And as she spirals ever further out of control, the viewer mourns watching what little sanity and rationality evaporates from her.

Instead of jump scares or adrenaline-spiking moments, ‘Censor’ confidently settles into a deliberately told story filled with dread and mystery. Well-crafted and captivating, Bailey-Bond’s feature debut is a pleasing slow burn horror with a powerful message lurking just beneath the surface.

Horror junkie since birth. Writer since shortly after. If found, please return to movie theater.