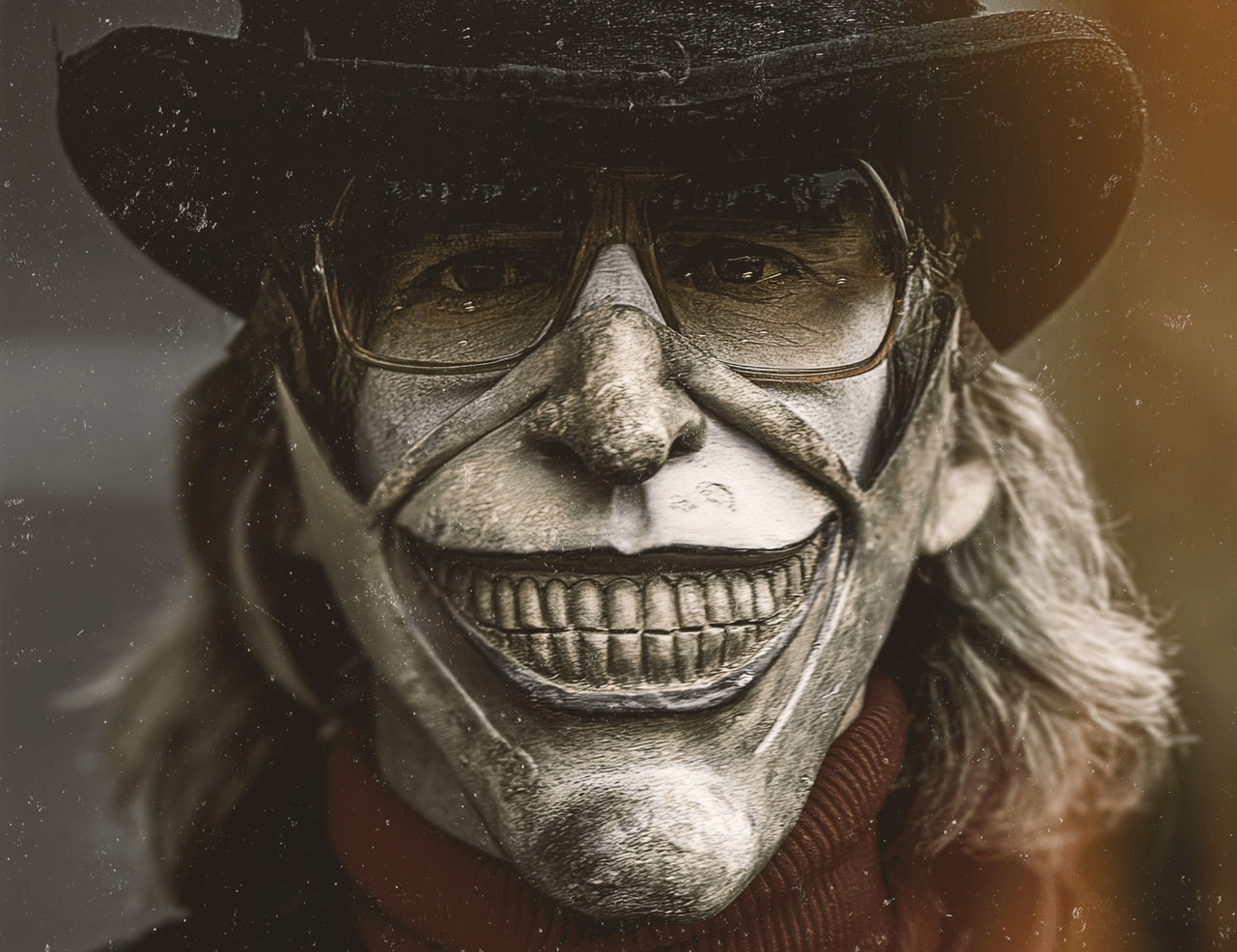 It has been a minute. I am talking about the last time I really enjoyed a horror movie. Probably my last good one was ‘Sinister’. Some time has passed and I am finally happy to have found another good horror movie, one of those which keep you at the edge of your seats and doesn’t let go. One of those movies that doesn’t allow anything else but the enjoyment and the wanting to know. With ‘The Black Phone’ you aren’t satisfied until you have watched it all.

The film is directed by Scott Derrickson and written by Derrickson and C. Robert Cargill who both produced with Jason Blum and Blumhouse Production. ‘The Black Phone’ is an adaptation of a story by writer Joe Hill. Mason Thames stars as Finney, Madeleine McGraw as Gwen and Ethan Hawke as the grabber.

Finney Shaw is a shy but clever 13-year-old boy who’s being held in a soundproof basement by a sadistic, masked killer. When a disconnected phone on the wall starts to ring, he soon discovers that he can hear the voices of the murderer’s previous victims — and they are dead set on making sure that what happened to them doesn’t happen to Finney.

The film is set in the 70s. Back then teenagers didn’t have to worry about electronics. In the movie we follow Finney as he struggles with bullies, school and a first ‘girlfriend’. In the town where he lives kids have been disappearing for a long time. The police was never able to solve the mystery and in the town a sense of fear always rested in the air. I love the way the film is shot. This old-style shots and grainy footage give it a sense of doom and restlessness that has no equal. The music is on point, creating suspense even where the shots are normal and not scary. Since the beginning of the movie we see different kids going around town. The music more than the shots hints to the fact that something is about to happen. Before Finn is kidnapped, one of Finn’s bestfriend, and the only help he had with the bullies is taken. From that point onwards, Finn’s life will be turned upside down. Finn’s little sister nightmares turn out to be connections with the kidnapped kids. When Finn is kidnapped he will need to help himself, growing out of the boy that he is and turning into a man.

The cast is great, especially Finney and Gwen played respectively by Mason Thames and Madeleine McGraw. I don’t want to spoil you the movie but if you liked ‘Sinister’ and ‘The Exorcism of Emily Rose’ this is a movie you definitely want to watch. It’s an old school horror. It doesn’t have too many jump scares, the ones it has are done well, it’s more a constant tension builder that doesn’t let you breathe. Tension is palpable during the all movie.