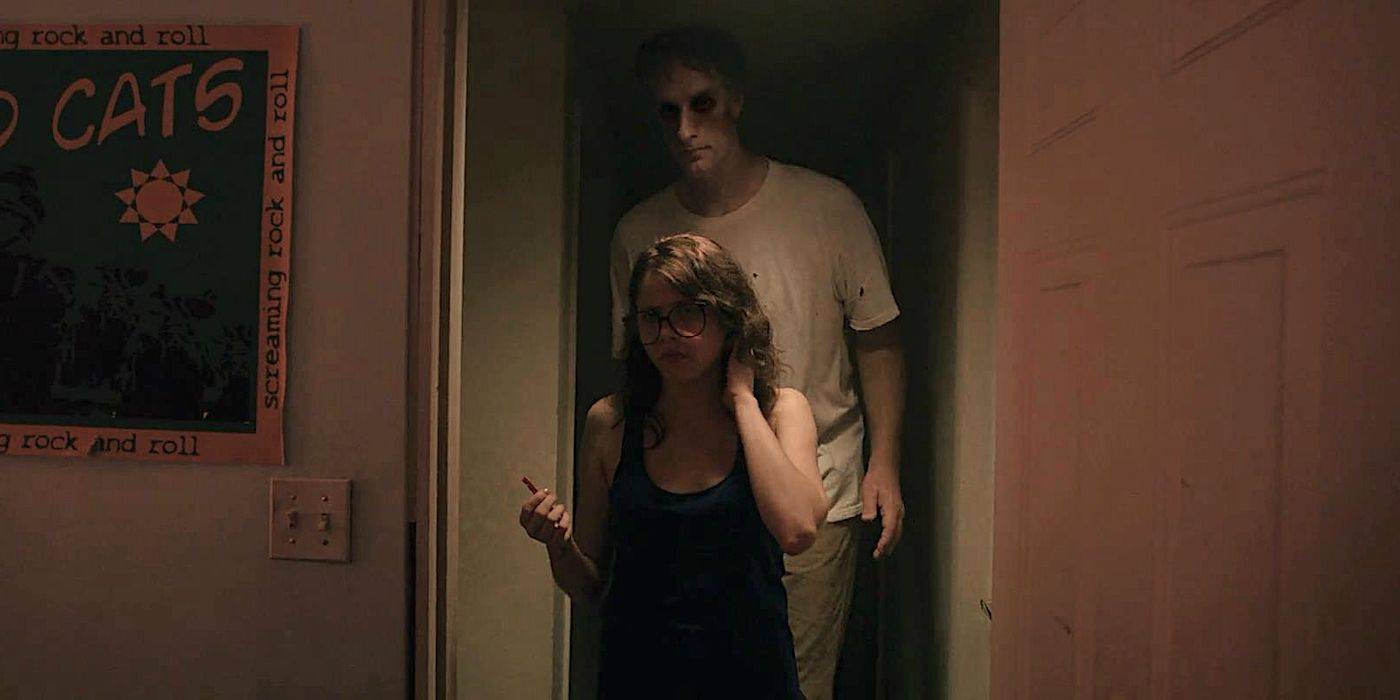 “It Follows” Is one of my favorite horror movies released in the last decade. I’ve watched everything from trashy slasher movies to movies that have made me sleep with the lights on for weeks. Yet, It Follows was the first and only movie to follow me since I sat down and watched it. Both the scary, stalking nature of its villain and the well-written characters of the story. Before we dive into my thoughts of this haunting movie, let me give you a summary of the plot.

The movie begins with a scene of what seems to be a nameless teenager driving in a panic to the beach. Upon arrival, she calls her father and apologizes to him for being unkind, and bombarding the man with “I love you’s.” The scene cuts to the same beach, now in daylight. As for the girl, she’s now a crumpled, folded mess, her leg going in the opposite direction. We then meet the main character, a 19-year-old named Jay Height (Maika Monroe) a normal teenage girl who worries about boys, school, and her family. But after a seemingly innocent sexual encounter, she finds herself seeing visions and with an unshakable feeling that something or someone is following her. She teams up with her ragtag group of friends to try to escape the nonstop monster.

Now that you know the gist of the movie, let’s talk about how it seemingly stayed lodged in my brain for the past few years. First of all, let’s talk about the most obvious reason, the monster. The monster in It Follows is something that still amazes me, the way it hardly ever speaks, yet is more terrifying to me than any supernatural or slasher that came before. The big part of this is the direction and focus of the camera. They purposefully keep the monster out of focus, lurking in the background during shots focusing around the main characters. With only the person with the curse being able to see it, it can take any form and not incite panic.

One of the most popular scenes and my personal favorite is the introduction of the Tall Man. The scene takes place in the home of the main character, she and her friends sitting in her bedroom to hide from the monster. Their friend, Yara knocks on the door, hearing the commotion of her friends crying. With hesitation, they open the door to find their friend. She can get out a few words before a tall, shadowy figure makes its way towards the room, huge fleshy holes being where his eyes should be. Personally, I just can’t believe how effective this scene is, there is no gore, no shock, scares, just a tall man who wasn’t expected to be there. 100% psychological horror at its finest.

This perfect monster, mixed with the amazing camera work, the insanely likable characters, and the perfect tension building makes It Follows one of the best horror movies I’ve ever seen and It’s always the first recommendation I give to people who ask me for my favorite horror movie. With a possible sequel seemingly dead in the water, this movie is a one-off of one of the coolest and most unique ideas in horror and is highly regarded as one of the greats.