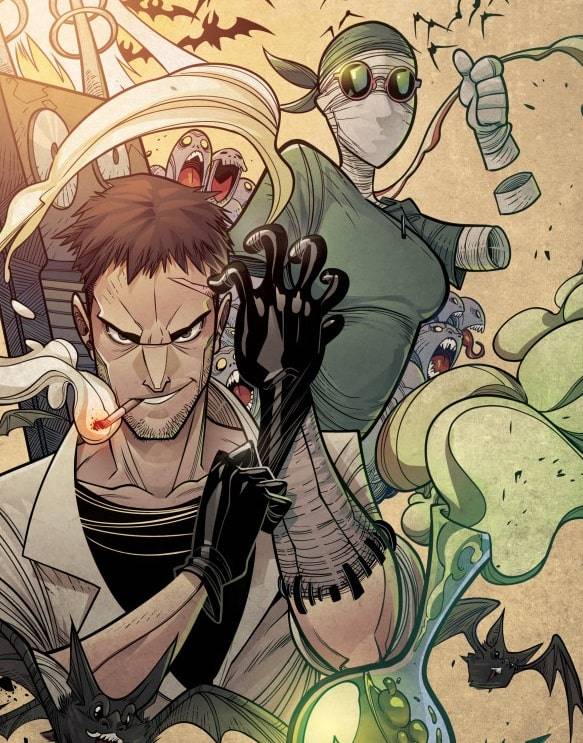 The concept of horror has always been a popular one in film and literature. Naturally, it translates well into comics, one of the most exciting media developments humanity has to offer. It blends imagination with exposition flawlessly if done well. Horror comics can even be rather beautiful, as is the case with classics such as Bernie Wrightson’s Frankenstein. 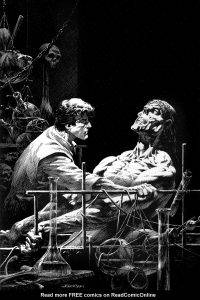 Horror comics has a long and fascinating history all its own, going back to at least the 40’s and 50’s. Tales From the Crypt and Creepshow were so popular they became shows and movies. The Vault of Horror and The Haunt of Fear were similarly scintillating, even if they didn’t merit becoming Hollywood franchises. 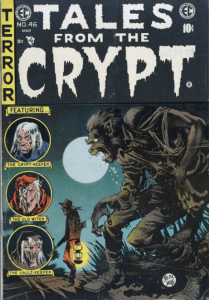 Comedy and horror are also natural partners. Mixing laughter with terror has long been a tradition, especially in comics, which are usually spilling over with puns and clever jokes, even at the expense of their own creators. This goes back even to the 1800’s, with Penny Dreadful classic Varney the Vampire. Yet, there is no doubt that comics have been declining in popularity. The mainstream has flooded with re-writes and reboots, most of which ultimately become rejections. Add to that the immense collection of films available to a generation less inclined to dive into a mass of vastly different story-lines; a generation happy to sit in a theatre rather than comb through the confusion, and it seemed horror comics might not have much of a future. 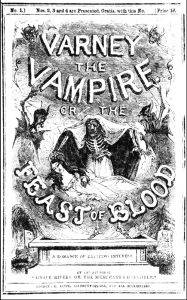 Just when we thought all hope lost, a new wave of creativity hit the shores of reader’s empty beaches! Independent publishing is easier than ever, and with the help of crowdfunding sites, has steadily grown in popularity, officially a million-dollar industry.

While there are now tons of independent horror comics from which to choose, one creator stands out as a top contender. He goes only by Von Klaus, and his twisted comics are both brutally horrific and humorous. It makes sense, since his award-winning background is in comedy and horror film. Also, his degree in screenwriting helps create flawless comic scripts.

Monster M.D. and Terror in the Trenches are his brutal brainchildren. Even the titles are evocative, they denote dread and guarantee gore.

Monster M.D.‘s artist is Monika Maccagni(Zombie Tramp) and the colorist was Tanya Wicker(Tales From the Classroom). Their styles blend together flawlessly, creating a world that immediately sucks in the reader. Combine that with the unique lettering style of one Eric Weathers(Battle Brick Road, Flying Fortress), and it become one of the more successful- and popular- crowdfunded campaigns in comics. Over two thousand delighted backers provided Von Klaus with over one-hundred thousand dollars, and they all received more than simply an amazing modern work of sinister genius. Pins, patches, bookmarks, t-shirts, and more shipped out, along with well-deserved bonuses for the hard-working artists, and even a trading card designed by another popular fixture of comics, one Jon Malin(Godlike, Graveyard Shift). 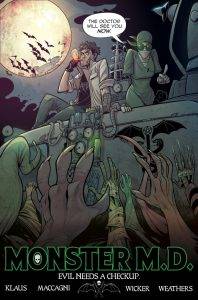 Upon reading Monster M.D., a reader can enjoy the slightly chaotic underworld of the cleverly named Dr. Wyatt Black, who treats monster’s medical problems now that he can no longer treat humans, due to an arm reminiscent of Frankenstein’s monster. Along with his invisible(yet still sexy) nurse Heidi H. Hyde, he absolutely lives up to his personal oath: “Do no harm, unless you must.” Every page of this book gives a reader everything they would want from a horror comic, and leaves them bloodthirsty for more. 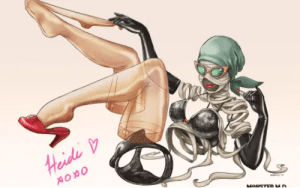 Soon after the absolute success of Monster M.D., Von Klaus started another frightful feature comic. Terror in the Trenches begins a dark trilogy of vengeance. One of World War II’s most skilled allied soldiers is called to defeat nazis once again, this time in New York City. This campaign has thus far reached over sixty-six thousand dollars on crowdfunding site indiegogo. 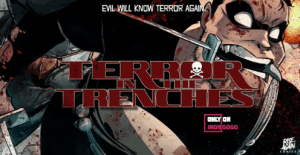 Wasting no time, he has another creation about psychic assassins titled Psycho-Killers on the way, along with a few other unique projects.

Von Klaus and his world will stand the test of time, and can easily hold up next to any classic. He truly lives up to his signature, “Your fiend in comics.”

Related Topics:hottestVon Klaus
Up Next

Ali is an editor, the author of the novella Wild Man, under the pen name AN Lambrequin, and has been featured in indie anthologies and comics. Current fiction works include an epic fantasy novel, a paranormal mystery novel for middle grade readers, and several comics, including the horror/slasher EGGBEATER. When not writing, she's reading.